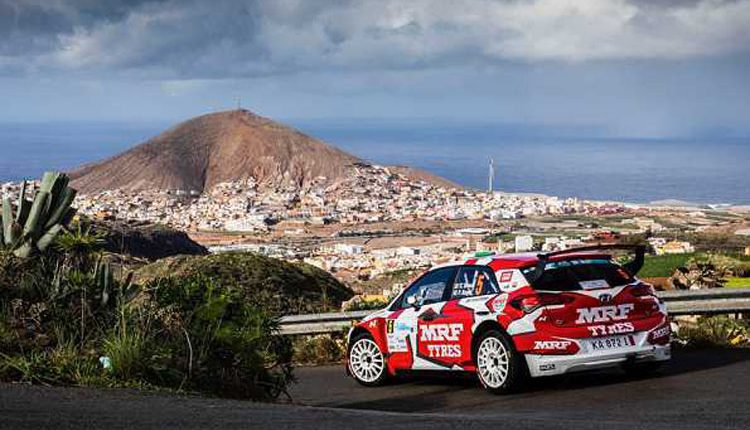 Chennai, Nov 29 (Agency) The final day’s competition in the FIA European Rally Championship resulted in strong stage times and important data collection for Team MRF Tyres at the Rally Islas Canarias. The weather on Gran Canarias continued to be fickle and impossible to predict. The ambient temperature was consistent at around 15-20 degrees, but wind and rain meant that the stage conditions would change from the start to the finish of the stage, meaning deciding upon the setup a difficult task. The day’s running saw eight stages and a little over 100 kilometres of competitive action. The rally was run under strict Covid conditions without spectators. Craig Breen and Paul Nagle took the final opportunity of the season to get more tyre data for the development of future MRF Tyres. till, the Irish duo were able to make up considerable time on the leader board, taking a top 10 result.

In the end, Breen and Nagle took 10th overall, 2:33.0 off the eventual winner, Adrian Fourmaux and Renaud Jamoul. They were just 0.6 seconds from Luis Monzón and José Carlos Déniz for ninth and 6.6 seconds from their Irish counterparts, Calum Devine and James Fulton in the tight top 10 battle. The Rally Islas Canarias marks the end of the 2020 FIA European Rally Championship season.