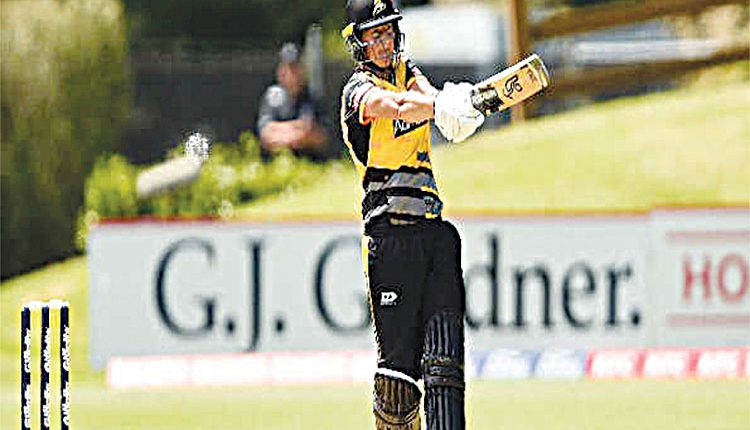 Auckland, Jan 14 (Agency) White Ferns skipper, Sophie Devine, took just 36 balls in what is the fastest century in women’s T20 history. Devine, playing for the Wellington Blaze in the Super Smash, smashed nine fours and as many sixes as she finished with 108 not out off 38 balls. The previous record took 38 balls by West Indies batter Deandra Dottin at the ICC Women’s World Cup in 2010.

She also set a new record of the fastest T20 hundred by a player, male or female, in New Zealand, surpassing Tim Seifert’s 40-ball century for Northern Districts in 2017. Playing her first game of the season for Wellington, Devine said she was nervous but was happy to “get a few out of the screws.” “I was really nervous this morning,” Devine told mediapersons on Thursday. “Whenever you have a bit of an extended break away from the game you get nervous about whether you can come back into it, so it was just [nice] to spend some time in the middle and get a few out of the screws,” she added. Devine match-winning knock powered her side to a thumping 10-wicket win, chasing down Otago Sparks’ 128/7 in just 8.4 overs.