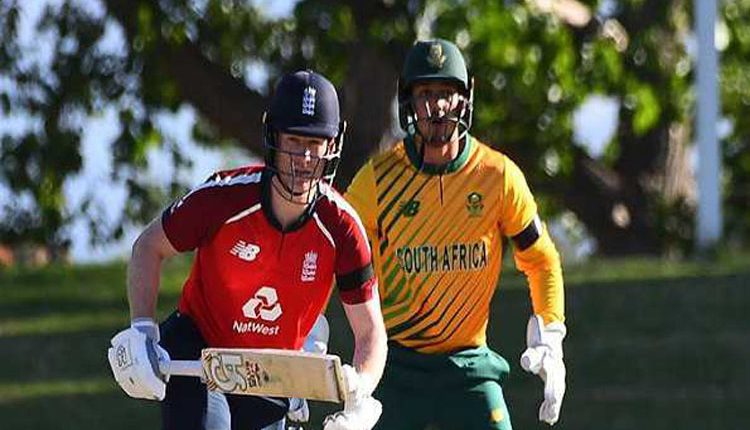 Paarl, Dec 6 (Agency) Cricket South Africa (CSA) and the England and Wales Cricket Board (ECB) have jointly agreed to call off the first ODI here after two members of the hotel where England were staying tested positive for COVID-19. The England players and management had to then undergo PCR tests on Saturday evening. Two members of the England touring party have returned unconfirmed positive results for COVID-19 based. This has resulted in the visitors self-isolating until further advice from the medical team.

“We regret that we are unable to play in today’s ODI, but the welfare of the players and support staff is our primary concern and whilst we await the results of further tests the medical advice from both teams was that this game should not take place,” Ashley Giles, Managing Director, England Men’s Cricket, said. “We remain in constant dialogue with Cricket South Africa and will continue to work closely with them to determine how best to move forward.” Earlier, the first ODI was postponed from Friday after a South African player had tested positive for the virus. The game that was to take place on Sunday was made the first game of the series with the postponed match to be played on Monday at Newlands. However, the current scenario has put the series itself in doubt. “CSA is doing everything in our power to ensure that our top priority, which is the health, safety and welfare of players, support staff and all involved in this series is safeguarded. With that in mind, we have made the joint decision to cancel today’s match,” said CSA Director of Cricket, Graeme Smith. “We are deeply regretful of the situation we find ourselves in after the amount of time and energy that has been put in place to host a successful tour. We are in continuous talks with the ECB as we navigate the situation under the guidance of our combined medical teams.”