Played India for 15 yrs, want to give my experience back to J&K: Suresh Raina 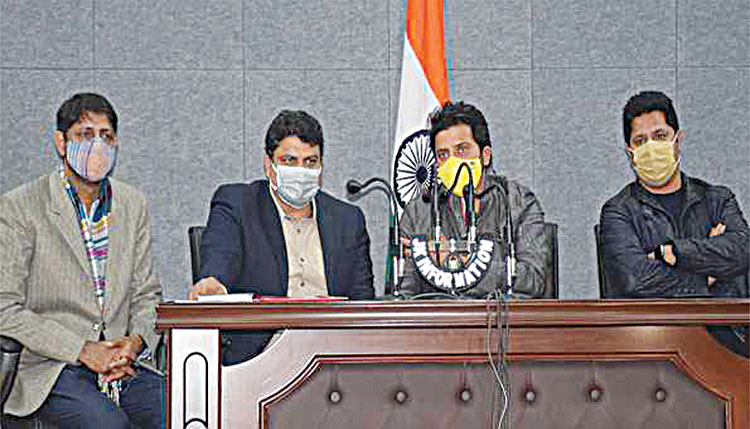 Jammu, Nov 24 (Bureau) Asserting that best efforts will be made to nurture budding talent, former Indian cricketer Suresh Raina on Tuesday said that he had represented India for 15 years and will give back his experience to the players of Jammu and Kashmir. Suresh Raina Cricket Academy on Tuesday signed Memorandum of Understanding with J&K Sports Council to set up cricket academies across the Union Territory. “We will be going to the grassroots to find out the talent and efforts will be made to hone them,” Raina told reporters at here a press conference. He was flanked by Secretary Youth Services and Sports, J&K, Sarmad Hafeez and Secretary J&K Sports Council, Naseem Javed Choudhary. “I had represented India for 15 years and now want to give it back to the Jammu and Kashmir,” he said and thanked the Lieutenant Governor Manoj Sinha for helping in taking forward this initiative.

The cricketer said that J&K has good talent due to climatic conditions and players are very fit, adding, “the budding players should catch this facility and we will be the happiest if anybody from J&K represents the country in cricket.” “There is a lot of competition and we have to work for our youngsters,” he asserted. “Three each grounds have been identified in twin region and camps will also be conducted in December,” said Raina. Earlier, Mr Sarmad Hafeez said that LG Administration is focussing on sports and unprecedented growth is being seen in sports and games in every part of the Union Territory. “In future, apart from cricket, other sports will also be given special attention and players of national/international repute will be invited to groom our youth,” said Mr Hafeez.