No one congratulated me after winning medal in 2017 Deaflympics: Prithvi Sekhar 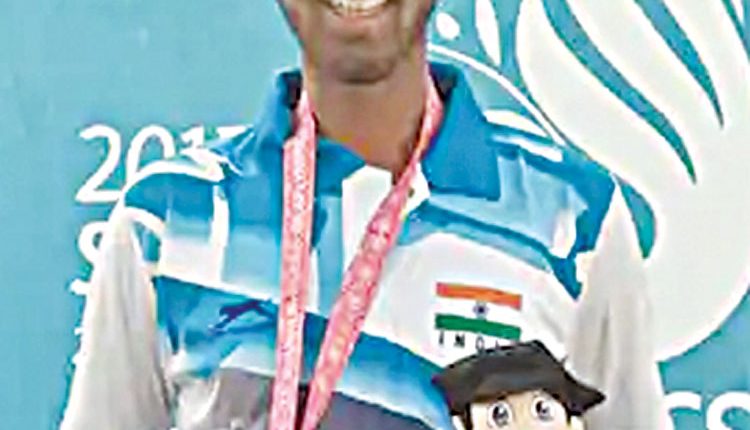 In a recent interaction on Sports Tiger’s show ‘Building Bridge’, Prithvi spoke about his first Deaflympics in 2013 and how his mother came to know about the Deaflympics in 2013 and sent him to the nationals in Aurangabad where he won a gold medal in singles as well as doubles and hence got selected to represent the country. Prithvi said, “When I went there, I was so happy to win a gold in single and gold in doubles. I was so proud of it to get selected to represent India to play for the Deaflympics.” On being asked about the government’s role in the upliftment of tennis in the category, he expressed his grief on not getting proper encouragement and said, “When I won the first medal in 2017 in Deaflympics, no one congratulated me. There is only support for normal Olympics and Paralympics.” He also mentioned that he had applied for the Arjuna award but was not considered, not even a single deaf athlete received the award this year. This is after him winning a medal in Deaflympics in 2017 and after being the men’s singles champion in the World Deaf Tennis Championship Antalya, Turkey in 2019.

Another career milestone came last year when unseeded Prithvi defeated four seeded players including top seed Gabor Mathe of Hungary in the semi-finals to become the men’s singles champion in the World Deaf Tennis Championship in Antalya, Turkey. He spoke about his victory at the world championship “I was so happy and proud of it that I won the gold medal. It was my biggest achievement.” Prithvi, who was felicitated with the International Sportsman of the Year award by the Italy-based International Committee of Sports for the Deaf (ICSD) in 2019 wants to break in the Top 500 in the ATP ranking.

Economic benefit on Return on Investment