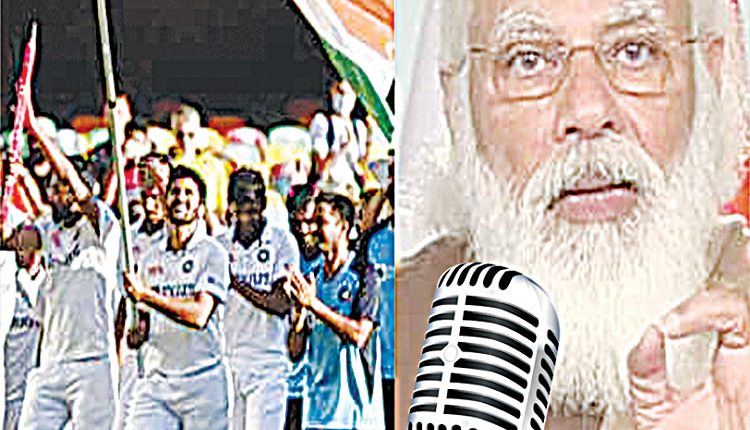 New Delhi, Jan 31 (Agency) Prime Minister Narendra Modi on Sunday lauded the Indian cricket team for their brilliant team spirit and hard work in Australia that helped them ‘gloriously’ bounce back and win the Test series. Despite several injuries to key players and losing captain Virat Kohli after the first Test in Adelaide, the Ajinkya Rahane led Team India made a great comeback from 0-1 down to beat hosts 2-1 in the four-match Test series. ‘’This month, we got good news from the cricket pitch.

After initial hiccups, the Indian team bounced back gloriously and won the series in Australia. Our team’s hard work and teamwork was inspiring,’’ PM Modi said during ‘Mann Ki Baat’. The official Twitter account of BCCI acknowledged PM Modi’s high praise for the team. “Thank you Shri @narendramodi ji for your appreciation and words of encouragement. #TeamIndia will do everything possible to keep the tricolour flying high.

DEFIANT X; Fastest and Most Advanced Assault Helicopter Yet