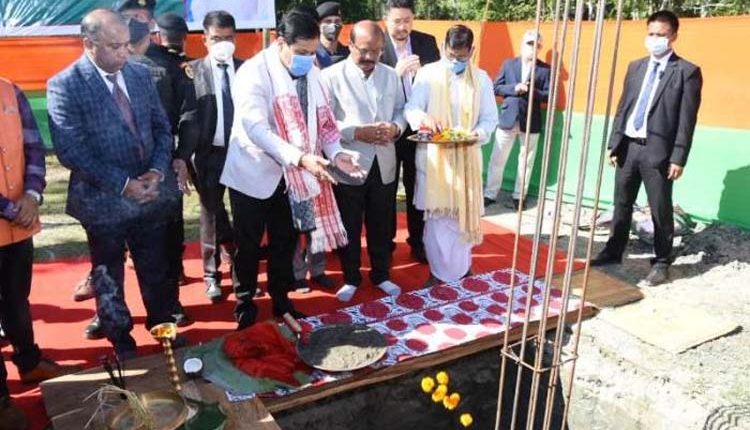 Guwahati, Dec 1 (Agency) In a significant step in strengthening the sports infrastructure of Majuli and bringing the island district in the cricket map of the nation, Assam Chief Minister Sarbananda Sonowal today laid the foundation for a cricket ground along with a pavilion at Kamalabari in Majuli today.

Speaking on the occasion, Sonowal said the field and pavilion to be built under the supervision of Assam Cricket Association, once completed will lead to infrastructural development and add Majuli to the cricket map of the nation. He hoped that the infrastructural facilities will help the upcoming players to hone their sporting acumen and get noticed at the national and international arena. He said after completion the venue can host several inter-district and inter-state cricket events. Delivering the welcome address, president, Assam Cricket Association, Ramen Dutta said the facilities of cricket that Chief Minister Sonowal has laid the foundation, would go a long way in promoting the cricket potentials of Majuli. Stating that under the Chief Minister’s leadership sports in Assam reached a great height, Dutta thanked Sonowal for taking his time out in laying the foundation for the cricket infrastructure in Majuli on an auspicious day which coincides the foundation day of Assam Cricket Association. Member of Parliament Pradan Baruah also spoke on the occasion which was attended, among others, by Chairman, Majuli Zila Parishad, Pappu Dutta Hazarika, Secretary, Assam Cricket Association Debojit Saikia, Vice-President ACA Parikshit Dutta, Joint Secretary and former Ranji player Kamakhya Saikia.