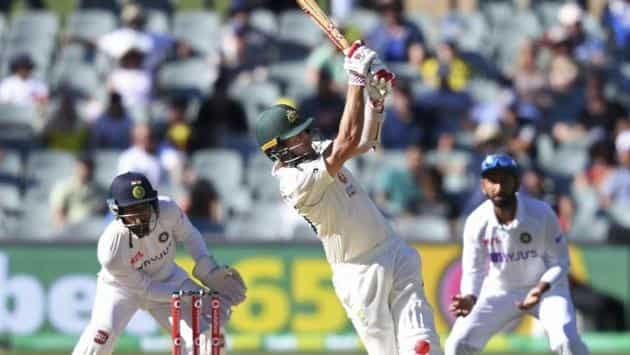 Australia, Dec 19 (Agency) Pacers Josh Hazlewood and Pat Cummins scripted a sensational comeback and helped Australia thrash India by eight wickets on the third day of the day-night Test and take 1-0 lead in the 4-match Test series, here at the Adelaide Oval on Saturday. After scoring 244 in the first innings, India did well to bowl out the hosts for 191 in the first innings, and took a solid 62-run lead at the end of play on Friday.
But Hazlewood and Cummins weaved their magic and blew away the Indian batting order, ensuring that the visitors don’t take a heavy lead. Cummins finished with 4/21 while Hazlewood had 5/8 as India posted their lowest total in a Test innings – 36/9, their lowest total in Test cricket ever, during the opening session on Saturday. India’s earliest lowest score was 42 at the Lord’s in 1974 against England, known in Indian cricket parlance as ”Summer of 42”. Mohammed Shami was struck on the arm by a scorching bouncer from Cummins and he had to retire out as India walked back, setting a target of 90 runs for the hosts to chase. Chasing a paltry target of 90 runs to win, Australian openers – Matthew Wade (33) and Joe Burns – put up a 77-run stand before the former was run-out.
Marnus Labuschagne, who came to bat next, got out for 6 but opener Joe Burns (51) scored an unbeaten 51 to seal Australia’s eight-wicket win in the pink-ball Test. Resuming the Day 3 at 9/1, India lost Jasprit Bumrah, who had walked out to bat as a nightwatchman on Day 2, in the second over of the day. Four overs later, Cummins picked his third wicket of the innings as he had Cheteshwar Pujara caught behind the wickets. Hazlewood, who was introduced into the attack in the 13th over, struck twice in his first over as India lost Mayank Agarwal and Ajinkya Rahane. Cummins then got the big wicket of Virat Kohli in the next over. Hazlewood bowled another two-wicket over as he dismissed Wriddhiman Saha and R Ashwin in the 19th over. Hanuma Vihari was the next man to get out as Hazlewood completed his five-wicket haul.
Mohammad Shami was then retired hurt after being hit on his hand by a rising Cummins’ delivery as Australia limited India to 36. The two teams will meet again in the Boxing Day Test which begins December 26th and will be played in Melbourne.

New challenge for Honda at Assen