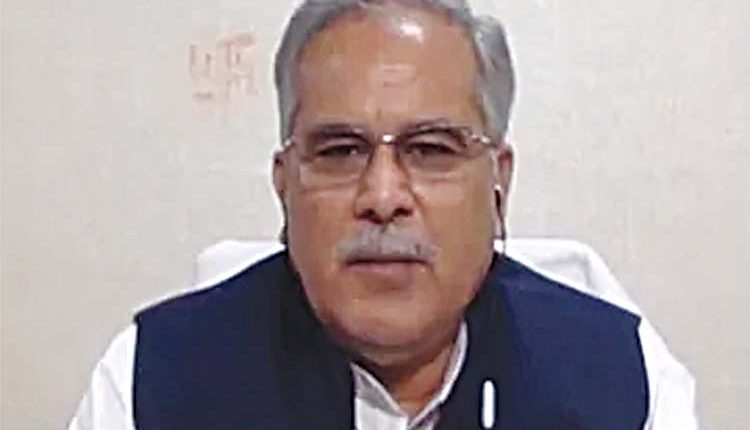 Raipur, Dec 8 (Agency) Chhattisgarh Chief Minister Bhupesh Baghel on Tuesday charged that the BJP-led NDA Government at the Centre framed three agriculture laws for the benefit of capitalists. The Centre Government imposed these three laws after hurriedly passing them in the Parliament without consulting the Opposition parties and considering the demand of the farmers’ unions, Mr Baghel alleged, while speaking at a press conference held at Pradesh Congress Headquarters, here.

He further said that attempt are being made to abolish the Mandi Law and the Essential Commodities Act and provision of contract farming through these laws. All these laws are against the interests of 62 crore farmers of the country, he said. If Narendra Modi government wants to privatize the mandis, there is no opposition to it, but there should be a clear provision in the law that no one will buy below the Minimum Support Price, Mr Baghel said, adding that the Congress made procurement on the support price while in power, which continued to benefit the farmers. He said that his government in Chhattisgarh was procuring paddy even beyond the support price. According to Mr Baghel, the ‘black’ laws that Modi government enacted are already in force in Bihar where the condition of farmers is critical. The government procurement price of the paddy in Bihar is more than Rs 1800 but paddy is being sold at Rs 700-800 per quintal, he said, adding that If such laws are implemented, then situation in the entire country will become like that of Bihar.