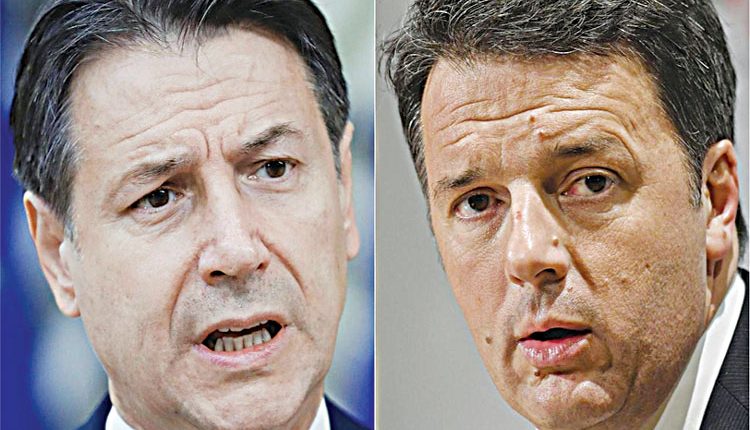 Rome, Jan 14 (Agency) Italian Prime Minister Giuseppe Conte appeared in no hurry on Thursday to resolve a political crisis triggered by a junior coalition partner, which has abandoned the cabinet in the midst of the COVID-19 pandemic. Italia Viva, a small party headed by former premier Matteo Renzi, walked out of the government on Wednesday, presenting a long list of grievances over the way Conte had handled the health emergency and accusing him of hoarding power. However, Renzi’s group has left open the door to returning to the fold so long as a new policy pact could be worked out.

“It isn’t a question of who (is in charge), but of what is done,” Elena Bonetti, one of Italia Viva’s two outgoing ministers, told Radio 24. Conte himself has said nothing in public since Renzi quit, and has given no indication that he was ready to hand in his resignation to President Sergio Mattarella. One of the options open to him would be to try to cobble together a group of so-called “responsible” parliamentarians from opposition ranks who would promise to prop up his government in the absence of Italia Viva. “Conte wants to go to parliament and see if he can’t build an alternative majority there,” said a government official, who declined to be named. To do this, he would need to find around 25 lawmakers in the 630-seat lower house and up to 18 in the 315-seat Senate. However, such a majority would be highly fragile and make it hard to enact meaningful reform.

Failing that he will need to swallow his pride and look to forge a new alliance with Renzi, one of Italy’s most ruthless politicians whose party is floundering in the polls. Italy’s often volatile markets were little changed in early trade on Thursday, thanks largely to the European Central Bank’s large-scale purchases of Italian assets, which have protected investors from the hostile economic and political winds. However, the mellow mood would change if there was any indication that the crisis would lead to an early general election, which polls says would be won by the eurosceptic bloc headed by Matteo Salvini’s far-right League.