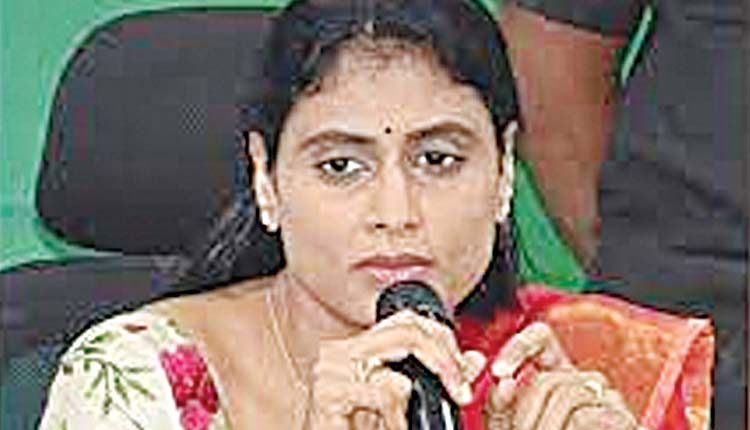 Hyderabad, Sep 27 (Agency) YSR Telangana Party (YSRTP) President Y S Sharmila on Monday alleged that the Congress party has backstabbed her father YS Rajashekhar Reddy (YSR), the former Chief Minister of Andhra Pradesh. Addressing people on the 164th day of her Praja Prasthanam padayatra, Sharmila claimed that it is YSR who led Congress to power twice in 2004 & 2009 and after 30 years of his dedication to the Congress, that Party has backstabbed YSR and added his name to FIR even after his death. Sharmila, daughter of Late YSR, haso crossed the 2300 km mark today, This is the highest distance covered by any political leader from this region, since the formation of Telangana State.

From criticizing local MLA for his ability to develop the constituency, to targeting KCR-led TRS Government for ignoring the region, Sharmila attacked her political rivals over “lack of development” in the region. To mark the completion of 2300 km, Sharmila inaugurated a statue of her late father (YSR)at Arutla village under the Kandi mandal of the Sangareddy Assembly segment. During her Praja Prasthanam padayatra, she also attacked local MLA Jagga Reddy over his inability to develop the Constituency, and for his baseless remarks made against her. She said, Jagga Reddy is a covert of KTR (TRS Minister K T Rama Rao), who is in disguise in the Congress Party.

Jagga Reddy is a turncoat politician who cannot be trusted. Sharmila further added that Jagga Reddy does not have the right to speak against Late Dr. Y S Rajasekhara Reddy, who was known for the stance he always took in politics. Speaking about her father, Sharmila said that her father has never ever changed Parties, and stood up for the people of the region. Targeting Jagga Reddy, Sharmila said that the local MLA has never ever fought for the people of Sangareddy, and he cannot represent the wishes and aspirations of the people here.