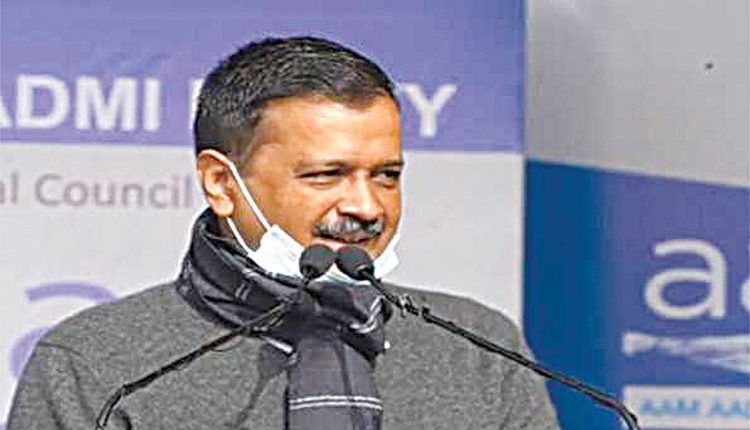 New Delhi, Jan 28 (FN Agency) Delhi Chief Minister and Aam Aadmi Party leader Arvind Kejriwal announced here on Thursday that his party will contest polls in six states in next two years. The six states are Uttar Pradesh, Uttarakhand, Goa, Punjab, Himachal Pradesh and Gujarat. “In the next two years, we will fight elections in these six states,” Mr Kejwiwal said while addressing the ninth national council meeting of the party. He claimed that people outside Delhi are eager to vote for AAP but couldn’t due to the party’s absence. “The entire country knows people of Delhi are getting 24 hours of electricity and that too for free.

Everyone wants this,” the AAP chief said. He urged the party workers to strengthen the party base in these states. “We need to work together for the development of the party,” Mr Kejriwal stated. Presently, the AAP is in power only in Delhi. Previously, the party had unsuccessfully contested in a handful of states– Madhya Pradesh, Haryana and Punjab. Uttar Pradesh, the largest populated state, will be going to polls in 2022. AAP Rajya Sabha MP Sanjay Singh has been given the charge of handling the party’s affairs in UP.