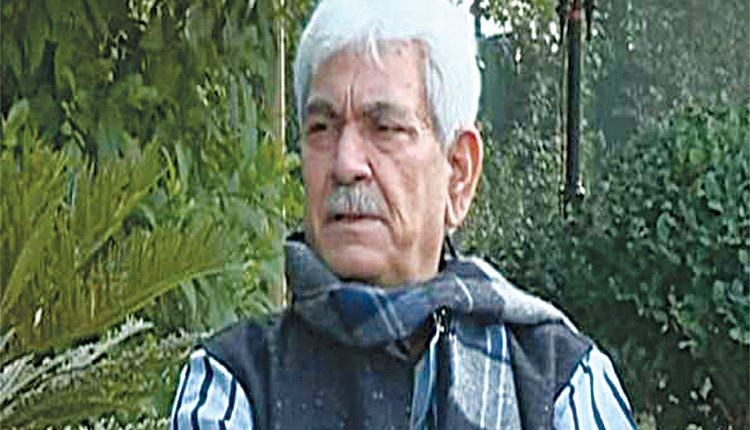 New Delhi, Dec 30 (Agency) The year 2021 will bring huge employment opportunities in the field of agriculture, horticulture and food processing to information and digital technology for the youth in Jammu and Kashmir, Lieutenant Governor Manoj Sinha told Univarta. “In order to provide employment to the youth of the union territory, a Mission Youth has been started by combining education, training and loan facilities and favourable business policies. In this, active support of big corporate houses of India including, Bombay Stock Exchange is being taken,” he said.

Mr Sinha said that earlier in Jammu and Kashmir, the means of employment were government jobs. The Union Territory has a population of 1.35 crores and as many government employees as there are in Bihar, while the latter has a population of about 12-13 crores. The reason for this was that no work has been done about other employment opportunities in the UT before. He said that the Union Government started the Mission Youth by consolidating the Central Government’s schemes. In this, the big business houses of the country have also extended cooperation. Mr Sinha said that the Tata group has set up a state-of-the-art skill development centre in Baramulla that provides information to 286 youth studying in ITI, engineering, polytechnics along with digital technology, information technology, artificial intelligence (AI), 3D imaging and data analysis. Tata’s second centre is also going to start in Jammu soon. Wipro Technologies is also setting up teaching and training centres in various remote areas of the state. The Hinduja group has also obtained permission to establish two centres of excellence in the Kashmir Valley and Jammu region.

The Lt. Governor further informed that five thousand youths will be trained in stock trading, insurance business and other specific areas via BSE. With a three-month training capsule, the youth will be able to earn Rs 15,000 to 20,0000 a month, easily. He also informed that in 2021, small commercial vehicles will also be made available in the union territory without any advance payment. Every month, 50 to 100 vehicles will be provided to the youth of all the districts. He said that a subsidy of 81 thousand rupees will be given by the company of Ashok Leyland on the mini commercial vehicles of about seven lakh four thousand rupees along with a subsidy of 80 thousand rupees from the Union Government. The loan will be given under the Mudra scheme for the remaining price of the vehicle. Tata Motors has also offered to launch such a scheme.

The Lt Governor said that the law related to the agricultural land has been improved here so that the yield of apple is quadrupled. Under the horticulture program, walnuts, cherries and jaffran or saffron have received Geographical Indication (GI) tags. Apart from increasing production in this area, cultivation of rajma, rice, lemongrass and asafoetida is also being encouraged. Recently, Amul has set up a dairy plant which is bringing in about one lakh litres of milk. It has to be brought to five lakh litres. He said that Jammu and Kashmir is the first state/UT in the world in which every citizen has been given health insurance of five lakh rupees under the health scheme. Groups like Reliance, Hinduja, Tata etc have been offered to build large and super specialty hospitals and they are getting a positive response.

Mr Sinha said that under an upcoming industrial policy, it is being planned to provide a production and planning based subsidy to the industries. IT parks and Medicity will be set up in various places, which will also increase new employment opportunities. 3,000 acres of land has been acquired for industries and the same amount of land will be acquired. The rights and interests of the local people have been protected on the lines of Himachal Pradesh and Uttarakhand for 90 per cent of the agricultural land of the union territory. Along with development plans, an agreement is also being signed with the Ministry of Energy, New and Renewable Energy to add 4000 MW power generation capacity to 3,450 MW power generation capacity, Mr Sinha added.