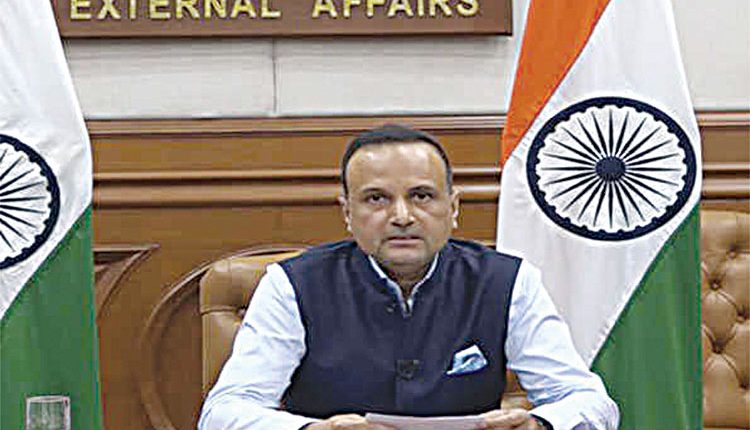 New Delhi, Dec 20 (Agency) After dismissing Pakistan allegations regarding attacks on a UN vehicle on Friday, India on Sunday asked Pakistan to responsibly investigate its lapses. In response to media queries on allegations by Pakistan regarding Indian forces targeting a UN vehicle, Ministry of External Affairs Anurag Srivastava said, “Allegations by Pakistan regarding Indian forces deliberately targeting a UN vehicle on 18 December 2020 have been investigated in detail and found to be factually incorrect and false. Our forward troops were aware of the visit of UN Military Observers in the area and did not conduct any firing as alleged.”

Instead of repeating baseless and fabricated allegations against India to cover up its own failure in ensuring the safety and security of UN personnel in territory under its control, Pakistan should responsibly investigate its lapses, he said. India has conveyed its findings and views on these misrepresentations to the Pakistani side, Mr Srivastava said. There have been intense exchanges of fire between Indian and Pakistani troops along the LoC in recent months. The Indian side has said it responds to unprovoked firing by Pakistani troops that are meant to provide cover to terrorists trying to sneak across the LoC.