Traders’ bodies divided on call for Bharat bandh on Feb 26 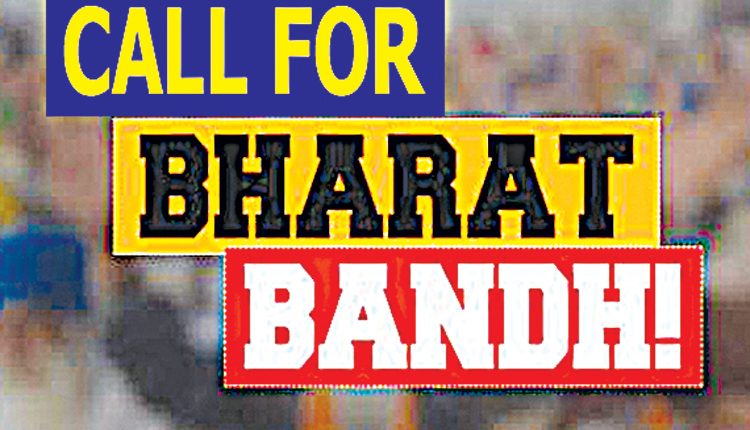 Kolkata, Feb 19 (FN Agency) Traders’ bodies were divided on the Bharat bandh call on February 26 against provisions of the Goods and Services Tax (GST) as a national-level organisation of small businessmen on Friday said it is opposed to the move. A traders’ body of West Bengal also said that it is not supporting the bandh call. The Confederation of All India Traders (CAIT) on Thursday said all commercial markets across the country will remain closed on February 26 in view of its Bharat bandh call demanding a review of the provisions of the GST regime. Jayendra Tanna, national president of Federation of All India Vyapar Mandal (FAIVM), said, ‘We are against any kind of Bharat bandh or shop bandh or Chakka Jam.’ CAIT Secretary-General Praveen Khandelwal on Thursday said in New Delhi that the All India Transporters Welfare Association supports the Bharat Bandh call and will hold a Chakka Jam on February 26.

The FAIVM said it is engaged with around 4 crore traders across 400 districts of the country for a new GST law campaign in consultation with all stakeholders. ‘We will submit a memorandum to the central government on February 22 with a request from traders and retailers to rewrite the entire GST law which should be simple, user- friendly and easy to understand to implement and comply by all sections of traders and retailers,’ FAIVM secretary V K Bansal said.

The Confederation of West Bengal Traders Associations president Sushil Poddar also said that it is not supporting the bandh call and will remain operational on February 26. The CAIT said dharnas (protests) will be held nationwide in 1,500 places demanding the Centre, state governments and the GST Council to keep in abeyance the ‘draconian’ provisions of GST. Khandelwal said that almost 950 amendments have been made so far to GST rules in the past four years and issues related to glitches in the GST portal and the continuous increase in compliance burden are the major lacunae in the tax regime.