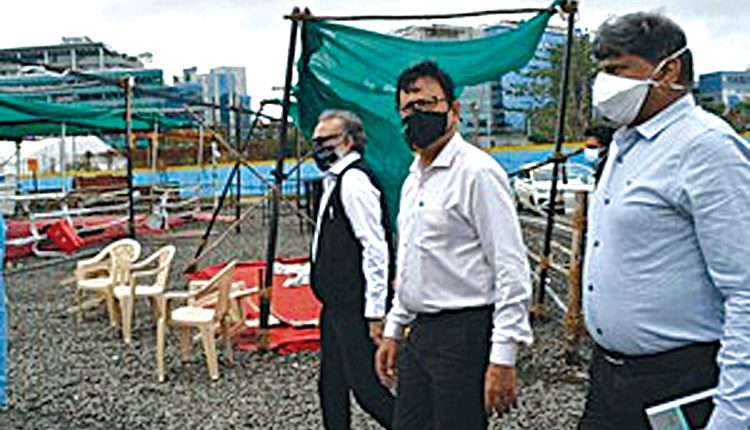 Panaji, May 18 (FN Representative) RMSI, a leading global catastrophe risk management consultancy offering solutions for risks associated with natural and man-made hazards, analysed potential wind and flood impact due to Cyclone Tauktae based on the IMD bulletin on May 17, 2021, at 1430 hours IST for wind and 1100 hours IST for flood and storm surge. The cyclone made landfall on the Gujarat coast between Porbandar and Mahuvan, near the Union Territory of Diu on the night of May 17. RMSI applied its India Cyclone Model to generate wind speeds and flood associated with Cyclone Tauktae.

In a statement, Pushpendra Johari, Senior Vice President – Sustainability, RMSI, said, “Cyclone Tauktae is a unique cyclone event that has impacted all the western coastal states and UT of India. Though the cyclone effect on Kerala, Karnataka, Maharashtra and Goa was not severe, Gujarat and Diu are badly impacted.” “Though the cyclone has made landfall, this is not the end of our distress. Recent climate change studies have highlighted the rising sea surface temperature in the Arabian Sea. This will increase the cyclone frequency in these regions. We should improve our preparedness even further to deal with more such events in future,” he added. The initial potential loss from Cyclone Tauktae is estimated to be Rs 15,000 crore. Out of this, at least half of the losses are expected from Gujarat and Daman & Diu. The remaining losses are expected from Kerala, Maharashtra, Goa and Karnataka. Nearly, 25-40 per cent losses are expected from the agriculture sector from all the above impacted States.

Around 15-20% from transportation sector, primarily ports, and a similar loss share from the utility sector, primarily power and telecom. These estimates are based on RMSI’s cyclone model which is a scientific estimation of the physical phenomena. As with any model of physical systems, the actual losses from catastrophic events may differ from the results of simulated analyses. Kerala, Karnataka, Maharashtra and Goa have seen sustained wind speed of up to 88 kmph uprooting trees and electric poles thereby impacting electricity supply in certain areas. The regions experienced moderate flooding with 0.5 to 1 m in the low-lying areas near the coast. There was minor storm surge impact in these States in the form of coastal erosion. The real brunt of the cyclone has been witnessed in Gujarat and Diu. The coastal areas of Junagadh and Amreli districts in Gujarat and UT of Diu were tormented with wind speeds of up to 166 kmph uprooting trees, damaging kachha houses and removing tiled or tin roofs. According to the model, moderate flooding of 0.5 m to 1 m is expected around Porbandar, from 1 m to 3.5 m around Una, Bhavnagar, Rajula, Tajala and in UT of Diu and some parts of Surat city also. This is the combined impact of storm surge and rainfall on land with the maximum storm surge up to 3.5 m near Una and in Diu.

SAT says it can hear appeals in absence of technical member