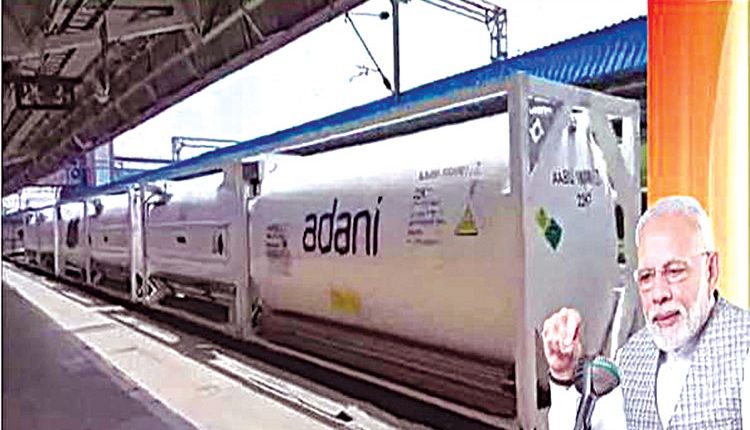 New Delhi, May 30 (FN Bureau) The Prime Minister Narendra Modi on Sunday said that the production of the liquid medical oxygen has been increased 10 times now. Addressing the nation on the 77th episode of his monthly programme ‘Man Ki Baat’, he said when the second wave came, the demand for oxygen surged all of a sudden and this was a very big challenge to deliver medical oxygen to remote parts of the country was indeed a huge task.

“In normal circumstances we used to produce 900 MT of liquid medical oxygen in a day, now, it has been expanded to more than 10 times of the normal output and producing around 9500 MT per day,” PM said. “If an oxygen tanker moves fast, the slightest error can lead to the risk of a big explosion. Many plants manufacturing industrial oxygen are located in the eastern parts of the country…transporting oxygen from there to other states of the country requires many days. In confronting this challenge, the country was helped by cryogenic tanker drivers, the Oxygen Express and Air Force pilots…many such people worked on a war footing, saving the lives of hundreds of thousands of people”, he said.

Mr Modi also said in the second surge of the pandemic, a major challenge was to supply medical oxygen to remote areas. To counter challenges that the country faced, drivers of Cryogenic oxygen tankers helped by working on war footing and saved the lives of lakhs of people. Noting that Indian Railway Indian Railway too has stepped forward and started the Oxygen Express which has so far transported larger quantities of oxygen to all corners of the country, faster than oxygen tankers travelling by road, Mr Modi said that through these Oxygen Expresses, most of the states have been supplied with this life saving gas.

He also said that along with that, oxygen, oxygen concentrators and cryogenic tankers from abroad also are being brought into the country. That is why, in this task Navy , Air Force, Army and our institutions like DRDO are also involved. So many of our scientists, industry experts and technicians too are working on a war footing to curb this pandemic, he added.