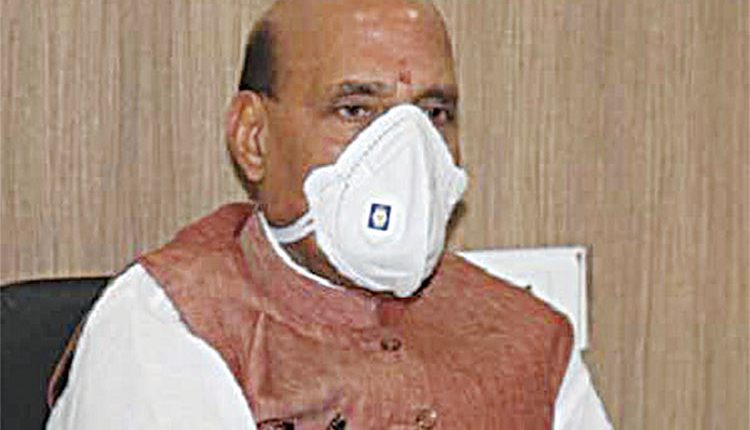 New Delhi, May 31 (FN Bureau) Giving a further boost to the Government’s policy of ‘Atmanirbhar Bharat’ and to boost indigenisation in the defence sector, Defence Minister Rajnath Singh on Monday approved a proposal of the Department of Military Affairs to notify the ‘Second Positive Indigenisation List’ of 108 items which will now be will now be procured from indigenous sources as per provisions given in Defence Acquisition Procedure (DAP) 2020. The second positive Indigenisation list will be hosted in the Defence Ministry’s website.

The new list lays special focus on weapons/systems which are currently under development or trials level and are likely to translate into firm orders in the future and the list is comprised complex systems, sensors, simulator, weapons and ammunitions like Helicopters, Next Generation Corvettes, Air Borne Early Warning and Control (AEW&C) systems, Tank Engines, Medium Power Radar for Mountains, MRSAM Weapon Systems and many more such items to fulfil the requirements of Indian Armed Forces. The list is planned to be implemented progressively with effect from December 2021 to December 2025 and to achieve this, Ministry of Defence, Defence Research and Development Organisation (DRDO) and Service Head Quarters (SHQs) will take all necessary steps, including hand holding of the Industry, to ensure that the timelines mentioned in the ‘Second Positive Indigenisation List’ are met.

Like the first one, the second list contains items of import substitution of ammunition which has been a recurring requirement has been given special focus and those will invigorate impetus to domestic Research & Development by attracting fresh investment into technology and manufacturing capabilities, the Defence Ministry said in a statement today. The new category of 108 items has been prepared by MoD after several rounds of consultations with government and private manufacturing industry confederations to assess future capabilities of Indian Industry which will be able to meet requirements of the Armed Forces and in turn will provides continuous impetus towards self-reliance in Defence and also to provide an excellent opportunity for ‘start-ups’ as also MSMEs which will get tremendous boost from this initiative.

In August 2020, the ‘First Positive Indigenisation’ List comprising 101 items was notified, in pursuance of Government’s endeavor of ‘AtmaNirbhar Bharat Abhiyan’ and to boost indigenisation in the defence sector. At that time, it was also highlighted that more such equipment would be identified progressively to facilitate and encourage defence manufacturing in the country.