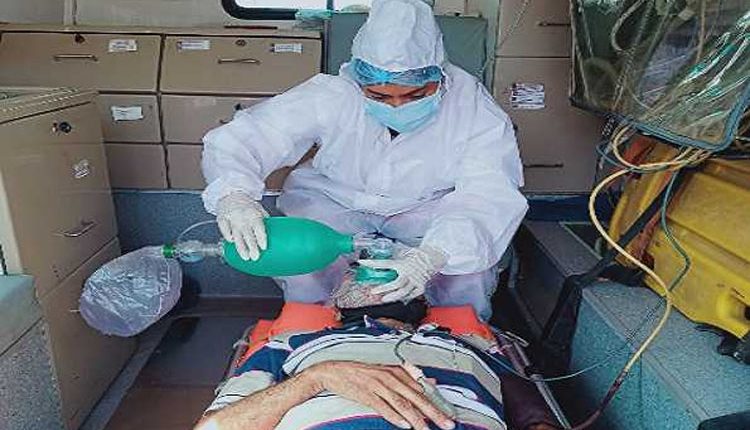 As per government data, Karnataka, Maharashtra, Kerala, Rajasthan, Uttar Pradesh, Andhra Pradesh, Tamil Nadu, West Bengal, Gujarat, Chhattisgarh, Madhya Pradesh and Haryana cumulatively account for 79.67 per cent of the total active cases. Indian Council of Medical Research tested 18,75,515 samples for COVID-19 in the last 24 hours. It has so far tested 31,13,24,100 samples. Since the launch of the first phase of vaccination, 17,92,98,584 people have been inoculated against the virus with 20,27,162 doses being given since Thursday, the Ministry said. Meanwhile, nearly 18 crore people have been vaccinated so far, according to the Health Ministry. Maharashtra, Rajasthan, Gujarat, Uttar Pradesh, West Bengal, Karnataka, Madhya Pradesh, Bihar, Kerala and Andhra Pradesh account for 66.73 per cent of the cumulative doses, the Ministry said.

Amidst this, the government has increased the gap between the first and second doses of the Covishield vaccine to 12-16 weeks – from the existing 6-8 weeks. This is for the second time in three months that Covishield dosage intervals have been widened. States like Andhra Pradesh, Delhi and Karnataka have called for global tenders for procuring COVID-19 vaccines after witnessing a shortage of vaccines. The central government and Hyderabad-based Bharat Biotech have expressed willingness to invite other companies which want to produce Covaxin to help scale up its production, according to a top government advisor. “Companies that want to manufacture Covaxin, should do it together. The Centre will assist so that capacity is increased,” NITI Aayog member Dr VK Paul said.

PM says Govt fighting COVID-19 with all its might