Cyclone Yaas likely to intensify into a ‘Very Severe Cyclonic Storm’ on May 25 morning: IMD 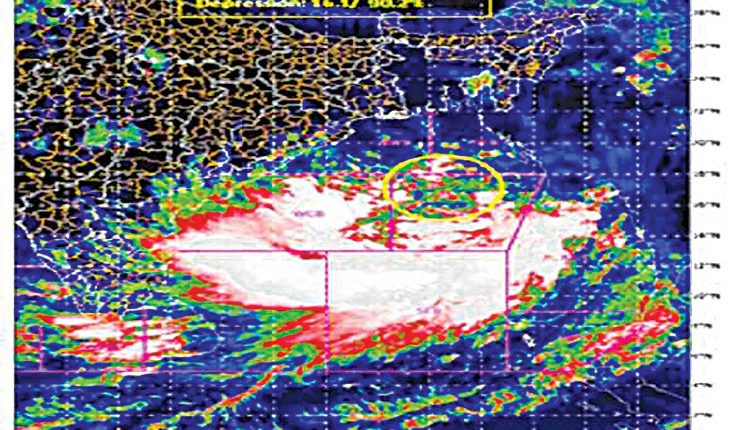 New Delhi, May 23 (Agency) The Indian Meteorological Department (IMD) on Sunday said that the cyclone Yaas which is brewing in the Bay of Bengal, is likely to turn into ‘Very Severe Cyclonic Storm’ by May 25 morning.

According to the latest satellite imageries and Ocean Buoy observations indicate that low pressure area which became well marked over eastcentral Bay of Bengal on Saturday has concentrated into a Depression over east-central Bay of Bengal and lay centred at 1130 hrs today, near latitude 16.1°N and longitude 90.2°E, about 560 km north-northwest of Port Blair (Andaman Islands), 590 km east-southeast of Paradip (Odisha), 690 km south-southeast of Balasore (Odisha) and 670 km south-southeast of Digha (West Bengal).

It is very likely to move north-northwestwards and intensify into a Cyclonic Storm by May 24 morning and further into a Very Severe Cyclonic Storm during the subsequent 24 hours. It would continue to move north-northwestwards, intensify further and reach Northwest Bay of Bengal near West Bengal and north Odisha coasts by May 26 morning and likely to cross north Odisha – West Bengal coast between Paradip and Sagar islands by same day evening as a Very Severe Cyclonic Storm.

COVID-19 lockdown extended in Delhi till May 31