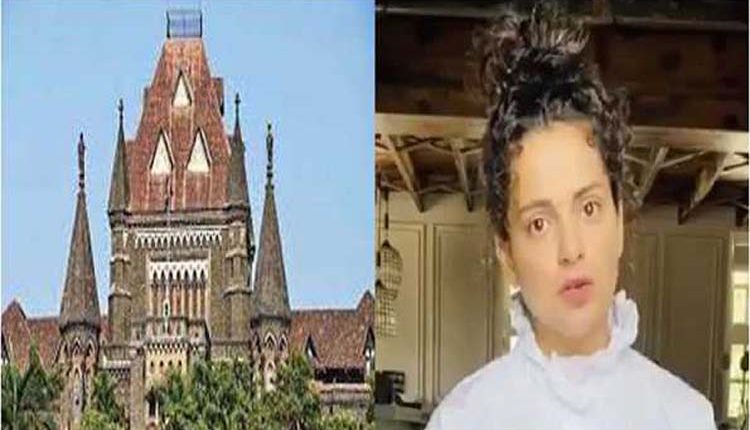 Mumbai, Nov 27 (Agency) In a major relief to Bollywood actor Kangana Ranaut, the Bombay High Court on Friday quashed the Brihanmumbai Municipal Corporation (BMC) order to demolish the actor’s bungalow here, saying the municipal body’s move smacks of mala fide. On September 9, the BMC demolished an illegal construction at the actor’s office here. The 33-year-old actor then moved the High Court, challenging the notice issued by BMC for ‘illegal alterations’ at her bungalow.

The Bench of Justices SJ Kathawalla and RI Chagla, in its order today, observed that the demolition was a reactionary activity. Ranaut had at that time engaged in a Twitter spat with the Shiv Sena-NCP-Congress government in Maharashtra after the death of actor Sushant Singh Rajput. Hailing Bombay HC’s order, Kangana Ranaut said it is a victory of Democracy. “When an individual stands against govt & wins, it’s not the victory of an individual but a victory of Democracy. Thank you, everyone, who gave me courage and thanks to those who laughed at my broken dreams. Its only cause you play a villain so I can be a HERO”, she tweeted.