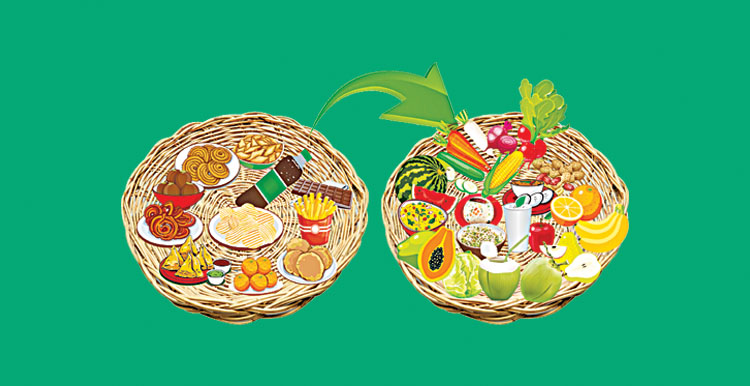 To improve public health in India and combat negative nutritional trends to fight lifestyle diseases, FSSAI launched ‘The Eat Right Movement’ on 10th July, 2018. The food industry, public health professionals, civil society and consumer organizations, influencers and celebrities came together on a common platform and pledged to take concrete steps to amplify ‘The Eat Right Movement’ in the country. In the preamble to the Food Safety and Standards Act, 2006, the Food Safety and Standards Authority of India (FSSAI) is expected to ensure availability of safe and wholesome food for the people in India. The tagline ‘Sahi Bhojan. Behtar Jeevan’, thus, forms the foundation of this movement. The Eat Right India movement aims to make people aware about these stark facts and thereby reduce the salt consumption among people. FSSAI through the movement also aims to cut down salt/sugar and oil consumption by 30 per cent in three years’ time.

The Food Safety and Standards Authority of India (FSSAI) has been established under Food Safety and Standards, 2006 which consolidates various acts & orders that have hitherto handled food related issues in various Ministries and Departments. FSSAI has been created for laying down science based standards for articles of food and to regulate their manufacture, storage, distribution, sale and import to ensure availability of safe and wholesome food for human consumption.

The Act also aims to establish a single reference point for all matters relating to food safety and standards, by moving from multi- level, multi- departmental control to a single line of command. To this effect, the Act establishes an independent statutory Authority – the Food Safety and Standards Authority of India with head office at Delhi. Food Safety and Standards Authority of India (FSSAI) and the State Food Safety Authorities shall enforce various provisions of the Act.

FSSAI has been mandated by the FSS Act, 2006 for performing the following functions:
• Framing of Regulations to lay down the Standards and guidelines in relation to articles of food and specifying appropriate system of enforcing various standards thus notified.

• Layin down mechanisms and guidelines for accreditation of certification bodies engaged in certification of food safety management system for food businesses.
• Laying down procedure and guidelines for accreditation of laboratories and notification of the accredited laboratories.
• To provide scientific advice and technical support to Central Government and State Governments in the matters of framing the policy and rules in areas which have a direct or indirect bearing of food safety and nutrition.
• Collect and collate data regarding food consumption, incidence and prevalence of biological risk, contaminants in food, residues of various, contaminants in foods products, identification of emerging risks and introduction of rapid alert system.
• Creating an information network across the country so that the public, consumers, Panchayats etc receive rapid, reliable and objective information about food safety and issues of concern.
• Provide training programmes for persons who are involved or intend to get involved in food businesses.
• Contribute to the development of international technical standards for food, sanitary and phyto-sanitary standards.
• Promote general awareness about food safety and food standards.

Snapdeal, India’s leading value-focused e-commerce marketplace, today announced its participation in the Ministry of Health & Family Welfare’s ‘Eat Right India’ Movement being led by Food Safety and Standards Authority of India (FSSAI). Today, India suffers from the triple burden of malnutrition. Over half of women and children suffer from anemia. Non-communicable diseases such as diabetes, heart disease, and hypertension account for more than 60% of deaths. To tackle this growing problem, fortification of food has been identified as a key intervention area under POSHAN Abhiyaan. Food fortification is a process in which key vitamins and minerals like Vitamin A&D and minerals such as Iron, Iodine, Zinc are added to staples such as rice, wheat, oil, milk and salt to provide better nutritional outcomes.

Talking about the future strategy for scaling-up food fortification, Shri Singhal further added “FSSAI has already issued a draft notification for mandatory fortification of edible oil and milk. In the near future, our people will be able to get recommended doses of micro-nutrients through availability of fortified edible oil and packaged toned, double toned, skimmed milk or standardized milk fortified with essential vitamins like A and D. He urged people to start recognizing the +F mark on 5 key staples.” While the COVID-19 pandemic has turned out to be the biggest socio-economic and health crises that the world has seen, there have been some silver linings too. It has brought a positive behavioural change in nutritional habits of people and there is a heightened desire to know more about healthy eating practices, in both urban and rural areas.