Mobile payments is all about trust 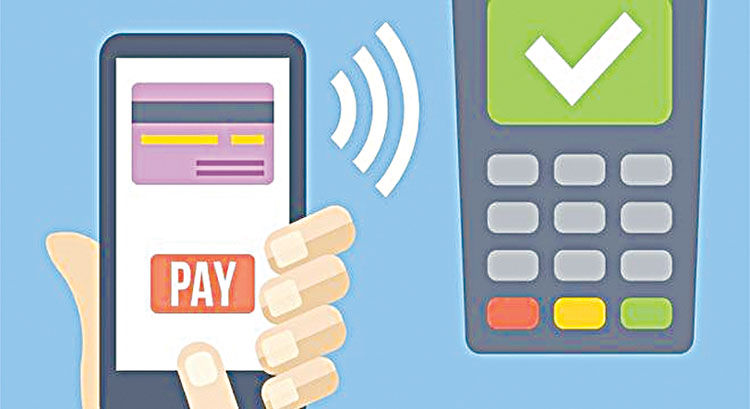 To really expand C2C solutions, companies will have to look beyond user social networks for payments. This kind of flexibility requires new levels of trust on the payment journey. Companies need to convincingly prove that they provide secure paths for these transactions. Mobile payments (which encompass mobile wallets and mobile money transfers) are regulated transactions that take place through your mobile device. That is, instead of paying for stuff with cash, cheques, or physical credit cards, mobile payment technology allows you to do so digitally.

Mobile payments will be one of the hottest businesses in 2015 as consumers increasingly swap cash and credit cards for their smartphones. How fast the mobile payment market segment grows, however, will depend on consumer trust, security and ease of use. While consumer-to-business (C2B) payments have taken off with companies like Apple Pay and PayPal, consumer-to-consumer (C2C) payments are the next frontier. Reliable statistics on C2C mobile transaction growth are hard to come by. But according to Gartner Research, by 2017 the total worldwide mobile payments market is expected to reach 450 million users (18% growth a year) and be worth $721 billion (35% a year).

Meanwhile, Forrester Research predicts “mobile payments adoption will be fueled by unprecedented growth in proximity payments.” Forrester adds that mobile proximity, or in-store, payments, are expected to be the fastest-growing category of mobile payments through this period. Predictably, this growth is being fueled largely by younger consumers. Ernst & Young reports that millennials are more receptive to mobile money than their older counterparts. Its recent survey of 6,000 consumers in 12 countries showed that 11% of those aged 25–30 regularly use device-based money transfer, compared with only 4% in the 46–65 age group. Mobile payments aren’t likely to entirely replace cash in these person-to-person transactions, but they do have the potential to make some major headway, especially among millennials.

Why is this important?
Such a sea change in how transactions are done at both the macro level (how consumers buy from established businesses) and the micro level (how money changes hands between individuals) will open up exciting new technological opportunities. Software (particularly open source) will be at the center of these developments. More on that shortly – but first, let’s look at the generational shifts that are prompting these changes.

Why millennials?
Because that is the generation most likely to congregate socially in groups, split checks or to rent apartments together. They’re also the generation that’s already leaving wallets behind in favor of carrying smartphones. When millennials owe one another money – whether it’s $20 from a group dinner or $100 towards a utility bill – it’s not uncommon for them to use a platform like Venmo to settle up. Making C2C mobile payments more enticing to this generation is its social aspect. Not only do they want to leverage social networks for payment (think Facebook), platforms like Venmo publish announcements when transactions occur, like a financial selfie or a personal declaration of solvency.

As a result, traditional players in financial services are hurrying to catch up in the C2C space and build solutions tailored to millennials. This segment stampede will put major pressure on companies like Venmo to innovate and stay ahead of the pack. This area is fertile ground for regulation – still in its infancy – as governments around the world start to pay attention. Mobile payments should increase the velocity of transactions, given the attachment of many users to their phones.

Beyond social
To really expand C2C solutions, companies will have to look beyond user social networks for payments. Successful C2C solutions will also need to support moving funds from mobile payment accounts to other types like savings and/or competing mobile wallets. This kind of flexibility requires new levels of trust on the payment journey. Companies need to convincingly prove that they provide secure paths for these transactions. An important key to building trust is open source software (OSS). Why? Quality and transparency.

Major companies already know that OSS confers applications and networks with better security than legacy/proprietary software. A recent survey shows 75% of enterprises rate Linux as more secure than other platforms (The Linux Foundation 2014 End User Survey), and a study of more than 1,200 open source and proprietary software projects (Coverity) found that OSS code exhibited 18% fewer defects (the cause of many vulnerabilities). And when security vulnerabilities are detected in OSS code, they are addressed 1.3 times faster than vulnerabilities in internal enterprise projects and 2.3 times faster than with commercial or proprietary software. On the side of transparency, savvy individual and corporate end-users as well as developers know that they, their friends and colleagues always have the option of vetting OSS for themselves.

Ease of use matters
While consumers aren’t likely going to use Venmo and other emerging C2C platforms for major financial transactions, they are forcing other payment segments to improve their ease of use. In the same way that Amazon ushered in the “consumerization of IT,” forcing existing IT vendors to improve the ease of use of their products, simple C2C payment systems like Venmo teach the rest of the market that ease of use and ease of access matter.

Venmo is simple to use – in fact Venmo’s transaction rates already match payments going through the Starbucks app, even though the Seattle-based coffee chain has spent a lot more promoting its software Ultimately, C2C market growth is limited only by consumer trust – trust of the platforms, the services and of the code that implements them.

U.S. House most likely to consider impeaching Trump this week