Budget 2021: 5 steps can be taken to revive the automobile sector 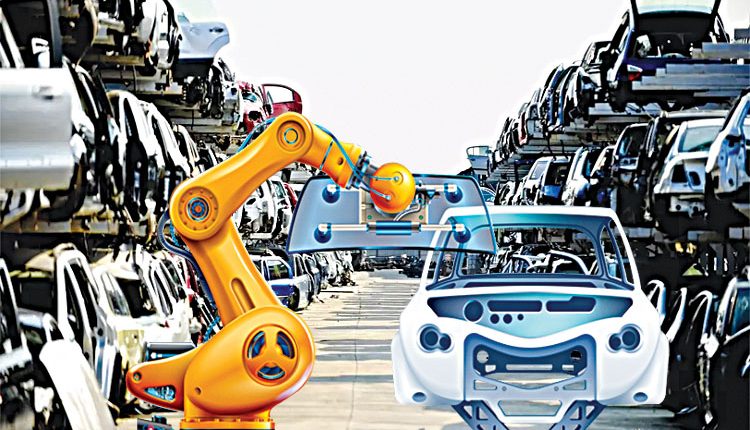 India became the fourth largest auto market in 2019 displacing Germany with about 3.99 million units sold in the passenger and commercial vehicles categories. India is expected to displace Japan as the third largest auto market by 2021. Today, Tamil Nadu is one of the top 10 automobile hubs in the world. Chennai has the capacity to produce about 1.4 million cars a year, or three cars every minute. Chennai may be the world’s largest car manufacturing hub. The three largest Automobile Companies are: Tata Motors Ltd., Maruti Suzuki India Ltd., Mahindra & Mahindra Ltd. Where as Volkswagen is the largest Automobile company in the world.

As the automotive industry declined for the 10th month in a row in August, car sales dropped by 41% – the steepest fall in two decades. The industry is one of India’s biggest, considering it employs some 35 million people, directly or indirectly, and contributes more than 7% to the country’s GDP. As per the Society of Indian Automobile Manufacturers (SIAM), passenger vehicle wholesales in India increased by 26.45% to 2,72,027 units in September 2020, up from 2,15,124 in September 2019. Overall, automobile export reached 4.77 million vehicles in FY20, growing at a CAGR of 6.94% during FY16-FY20. While this pace of contraction is considerably slower than the 23.9% decline in the real gross domestic product (GDP) during the first quarter (April, May, June), the contraction of Q2 is crucial because it implies India that has entered a “technical recession” in the first half of 2020-21.

The automobile sector has been witnessing a slowdown even before the pandemic due to regulatory changes, millennial buying preferences and increase in cost of ownership. India is the fourth largest automobile market in the world. It is also the largest manufacturer of two-wheelers and the seventh largest manufacturer of commercial vehicles in the world. The automobile industry was hit hard in FY 2019-20 as sales fell across vehicle segments. According to data released by SIAM, the Indian automobile industry recorded a 20.3% decline in domestic sales in FY20 as compared to a 5.9% growth in FY19.

The COVID-19 has further worsened the demand for automobiles. India’s auto sector is expected to decline by 30% in calendar year 2020 amid contraction in GDP and the pandemic as per Moody’s. The industry is expected to grow by 20% in CY 2021 on the back of pent up demand, preference for private vehicles post pandemic and the low base. The industry contributes 7% to India’s GDP and provides direct employment to around 3 crore people. Its revival is key to India going back to 8% GDP growth days. The festive season has given a boost to auto sales, however, the key is sustenance of the same. For the first time in this fiscal year, registration of vehicles across India in December recorded a growth of 11% year-on-year.

The automobile industry has high hopes from Budget 2021. Some of the steps which could provide a fillip to auto sales are enumerated below.

InkQuills Publishing House- An Evolutionary and Approachable Go-to Solution for…