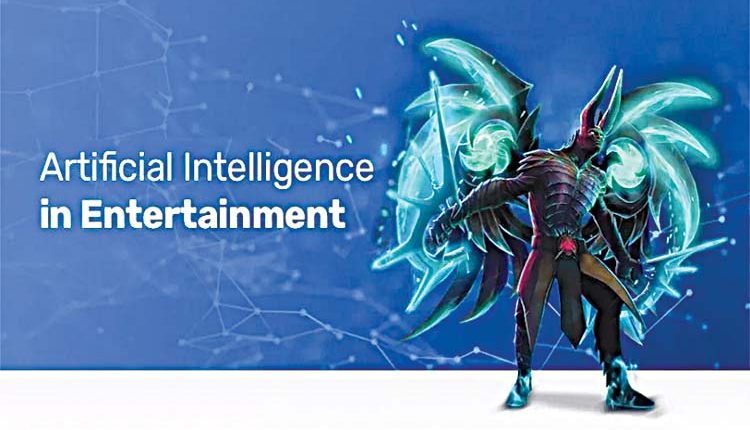 New Delhi, Nov 26 (Agency) It is remarkable to think about how technology has transformed our lives in recent decades. From the World Wide Web to mobile phones, innovative new systems have become crucial to how we do so many things. Incredibly, tech appears to be getting smarter too, thanks to developments in areas including artificial intelligence. The latter is now set to play a key role in an upcoming movie starring Bridesmaids and Can You Ever Forgive Me? actress Melissa McCarthy.

AI comedy: Earlier this month, Warner Bros Pictures released a trailer for Superintelligence. The comedy sees a powerful AI system focus on and study McCarthy’s character, as it attempts to determine whether it should destroy the world or not. Set for release on HBO Max, the movie also stars Bobby Cannavale and Brian Tyree Henry. James Corden also features as the voice of the AI and the trailer explains that it takes that form as McCarthy’s character is a huge fan of him.

The use of such science fiction themes in a movie is of course not uncommon. After all, the genre has proven hugely popular through the years, whether it is on TV through Star Trek or the big screen with Star Wars. It has also had an impact in gaming thanks to titles like Halo, while its influence has even been felt in casino gaming too. For example, Genesis Casino is an online casino in India which features a strong space theme in both its imagery and text. The latter describes the site as a gaming galaxy with ‘supermassive’ promotions. Considering the growth the online casino industry has experienced with its use of technology, it only seems fitting to use it as a theme also.
However, while sci-fi may be popular, few people might associate a subject like AI with comedy – although its impact on the wider world of entertainment cannot be denied.

A big influence: Artificial intelligence plays a crucial role in many aspects of the content that we consume, often in ways that we may not have even realized. For example, it has a key role when we watch content on streaming services, thanks to innovations such as Netflix’s Dynamic Optimizer. As Bizety.com explained following its introduction in 2018, the system uses AI-based techniques to look at video frames and compress them in a way that does not impact the image quality. The aim is to cut data usage while not impacting the viewing experience. Besides, AI has had a significant impact on gaming too, with ARM explaining how it is often used to generate non-player characters who act like they are being controlled by a human participant. The site adds that AI games are taking things to a new level and putting the experience in the hands of players. Finally, Fortune reported earlier this year on how AI is affecting music streaming, with the likes of Sonos Radio using machine learning to create smooth transitions between songs on its service.

Fascinating future: When it comes to naming some of the most significant developments seen in technology through the years, artificial intelligence undoubtedly has to be mentioned. While it is interesting to see it play a major role in a new movie, it is equally intriguing to consider just some of the ways that it is influencing the wider entertainment world. It will be fascinating to see how it continues to have an impact in the years ahead.