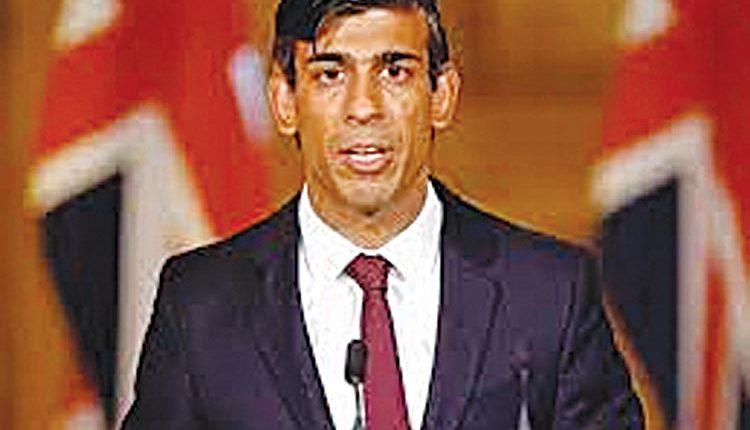 London, July 5 (FN Agency) UK Finance Minister Rishi Sunak and Health Secretary Sajid Javid resigned minutes after United Kingdom Prime Minister Boris Johnson apologized for appointing Chris Pincher as deputy chief whip, despite belatedly admitting having known that Pincher was found to have behaved inappropriately in 2019. Johnson has apologized for appointing Chris Pincher to a government role after being told about a misconduct complaint against the MP, BBC reported on Tuesday. The PM admitted he had been told about the complaint in 2019 – but had made a “bad mistake” by not acting on it.

Sunak and Javid resigned minutes after the PM spoke. Pincher was suspended as a Tory MP last week over allegations of sexual misconduct. In his resignation letter, Sunak said the “public rightly expect government to be conducted properly, competently and seriously”. “I recognise this may be my last ministerial job, but I believe these standards are worth fighting for and that is why I am resigning,” Sunak wrote. “I am sad to be leaving Government but I have reluctantly come to the conclusion that we cannot continue like this,” he concluded. Sunak also highlighted differences of opinion about economic management between him and Johnson, in the run-up to a joint speech the pair had planned in the weeks ahead.

In his letter, Javid said he could “no longer continue in good conscience” under the prime minister, who had lost his confidence. “The tone you set as leader, and the values you represent, reflect on your colleagues, your party, and ultimately the country. Conservatives at their best are seen as hard-headed decision-makers, guided by strong values.” He added: “We may not have always been popular but we have been competent in acting in the national interest. Sadly, in the current circumstances, the public are concluding that we are now neither.”

He added: “The vote of confidence last month showed that a large number of our colleagues agree. It was a moment for humility, grip and new direction. I regret to say, however, that it is clear to me that this situation will not change under your leadership – and you have therefore lost my confidence too.” The prime minister’s handling of the row over Pincher’s appointment and what he knew about allegations against him has been criticized by opposition parties and Tory MPs. Johnson, on Tuesday evening, apologized for appointing Chris Pincher as deputy chief whip, despite belatedly admitting having known that Pincher was found to have behaved inappropriately in 2019.