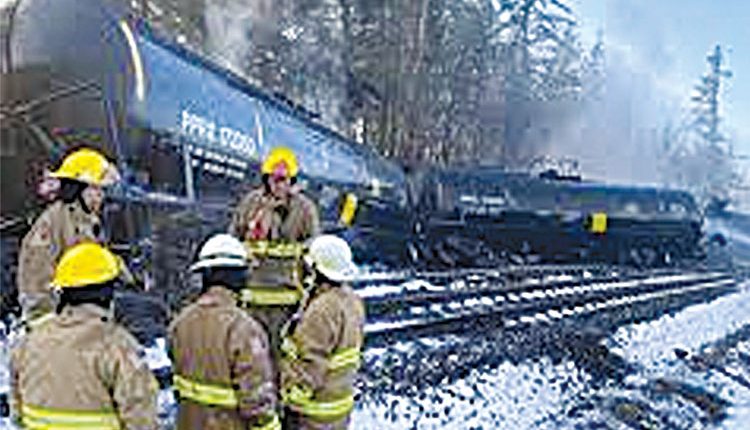 A train carrying a cargo of crude oil derailed north of Seattle, Washington, and caught fire near the town of Custer, resulting in the evacuation of everyone within half a mile of the site, the local Whatcom County government authority announced in a message.

“Train derailment in the Custer area. Please evacuate if you are within half a mile of downtown Custer for your safety and the safety of responders,” the Whatcom County said via Twitter on Tuesday. Whatcom County also said there is a large response to the fire and the authorities have closed Grandview and Main Streets at Portal Way. Initial reports said the train derailed around 11:40 a.m. local time and between three to five tank cars were derailed. Then a fire broke out at the back of the train. There were no reports of any casualties before nightfall.