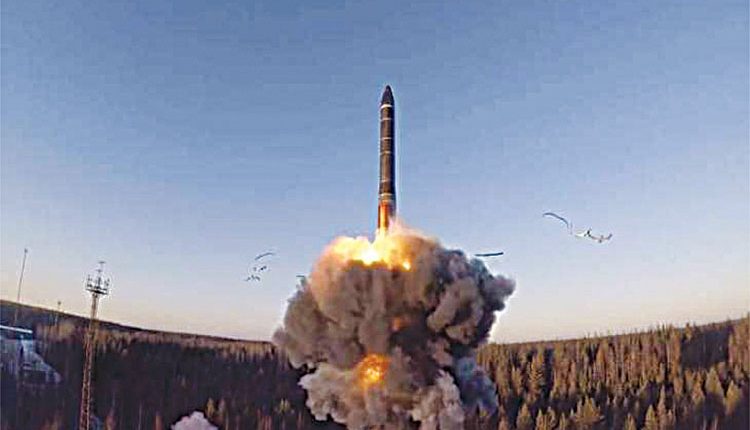 MOSCOW, December 15 (Sputnik) – Russia and China have extended by another 10 years their agreement on sharing data on ballistic missile launches, which will make a positive contribution to the regional stability taking into consideration the continuing deployment of US weapons in the Asia-Pacific region, Russian Minister of Defence Sergei Shoigu said on Tuesday. The bilateral deal came into force on December 16, 2010, for the period of 10 years with the possibility to extend it.

“The continuation of the data exchange will contribute to equitable cooperation between Russia and China in the Asia-Pacific region. This is especially important now that the system of arms control has been practically destroyed, and the deployment of components of the US global missile defense system continues, with the US announcing intention to deploy new small and medium-range US-produced missiles in the region,” Shoigu said after signing a protocol to extend the deal. Russia’s defense minister reaffirmed commitment to strengthen cooperation with the Chinese military. “In these conditions, there is a demand for Russia’s and China’s joint steps to prevent military incidents and attempts to get the two countries involved in the arms race,” Shoigu noted. The agreement was extended for a period of 10 years, the minister specified. “I have received from Beijing the copies of the protocol for extending the deal on notifications about ballistic missiles launches and space carriers launches, which you have singed. I am ready to sign the protocol to extend the agreement for another 10-year period,” Shoigu told Chinese Minister of National Defence Wei Fenghe at their videoconference. The Chinese minister said he had signed the documents early this month.