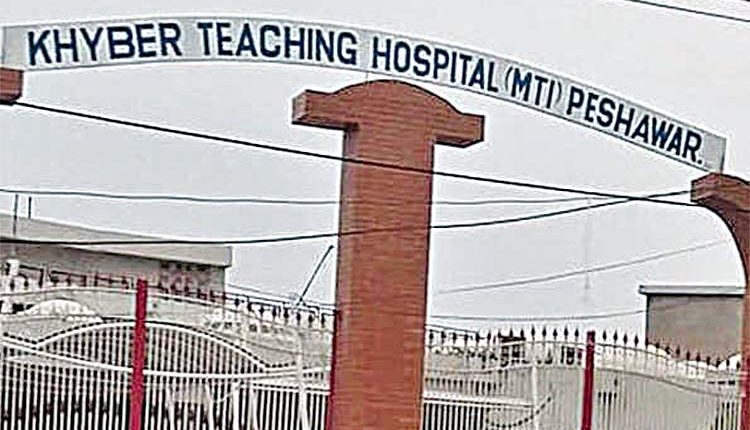 Islamabad, Dec 7(UNI) Peshawar’s Khyber Teaching Hospital (KTH) on Monday suspended 7 of their officials, including the hospital’s Medical Teaching Institution (MTI) director, after an inquiry found them guilty of negligence which led to a shortage of oxygen supply which caused the deaths of at least six patients in the hospital. On Sunday, officials said six patients admitted to the KTH died due to a shortage in oxygen supply. Another Peshawar resident said that his two-year-old son Sarim — who was also admitted to KTH — had also passed away due to a lack of oxygen supply, however, the casualty was not officially confirmed, Dawn reported.

According to the preliminary report prepared by a three-member committee and submitted on Monday, the on-duty manager of services line told the committee that on the day of the incident he received a call from the hospital’s operation theatre regarding low oxygen pressure. On receiving the complaint, he called the oxygen plant’s manager, who did not receive his phone, after which the former visited the plant in person and found that the two officials, who were supposed to be on duty, were absent. The oxygen plant pressure at that moment was zero, the report said. At the time, some 90 patients were in the coronavirus isolation ward, out of which 20 were on Bilevel Positive Airway Pressure (BiPAP), two on ventilators and the rest were being supplied with oxygen through masks. The report said that due to the shortage in oxygen supply, the hospital management shifted 13 patients to the Accident and Emergency Department where “limited supply in the form of manifold was available”.

The rest of the patients were provided oxygen through cylinders, which were also in limited supply. According to the services line manager, the oxygen plant assistant “failed to perform his duty as he is responsible for the oxygen plant and has a liasion with the supplier”. Six patients died due to the shortage in oxygen supply, the report said, while three were initially missing. One is still missing while the other two patients were tracked down and are alive, according to the report. The committee also found that the staff appointed to work with the plant lacked technical expertise. The hospital’s biomedical engineer and his team failed to train the staff and did not maintain “this important lifesaving equipment”.