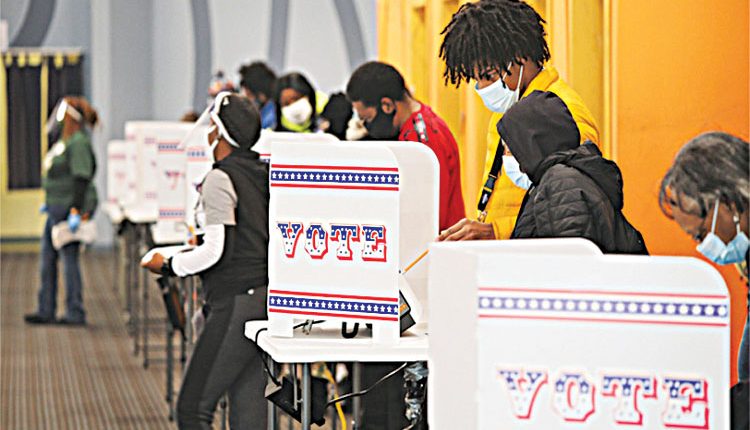 MOSCOW, Dec 1 (Agency) Ninety-six percent of US media reports related to the November 3 election and mentioning Russia were negative, showing virtually no change in the tone compared to 2016, according to a study by the Rossiya Segodnya International Information Agency. The study analyzed over 1,200 articles and reports between August 1 and November 15, 2020, in the top 10 US print, online, TV and radio resources and compared their tone with 900 stories on the same topic during the previous presidential campaign, which were aired and published between August 1 and November 9, 2016. Materials that mentioned the word “Russia” more than twice were considered relevant.

According to the findings, the largest number of news reports and analytical pieces on the topic of “Russian interference” in the 2020 US election appeared on CNN (570), The New York Times (148), The Washington Post (113) and Fox News (103). Four years ago, the ranking looked nearly the same: CNN (373), The Washington Post (113), The New York Times (77) and NBC (72). This year, CNN and The New York Times almost doubled their coverage of alleged Russian interference, though. In the 2016 campaign, anti-Russian rhetoric in US media focused on hacking allegations (427 materials), purported links to the team of US President Donald Trump (183) and the probe into “Russian interference” (125). This year’s key topics are the probe into “Russian interference” (365), alleged fake news and propaganda on social networks (340) as well as hacker allegations (165). Thus, four years on, the narrative about Russia has not significantly changed. Even after special prosecutor Robert Mueller’s investigation did not find any evidence of collusion between the Trump team and Moscow, this topic only dropped from 3rd to 5th place on the list of main headlines. Following the 2016 election, US lawmakers launched multiple investigations alleging collusion between then-presidential candidate Trump and Russian officials, the most prominent of which was the Mueller probe, which failed to corroborate the allegations. Both Trump and Russia rejected the claims. The 2020 election outcome is yet to be announced, but all major US media outlets have called the race for Democrat Joe Biden. Incumbent Trump has not conceded his defeat, saying that his victory was stolen via massive fraud. He, however, did instruct his team to start the transition.