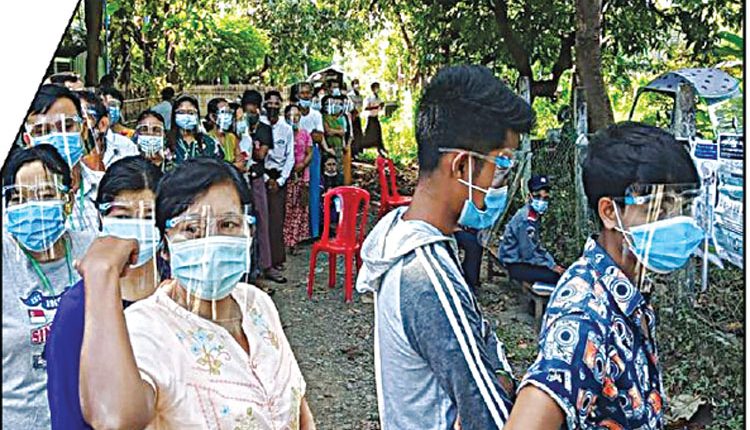 YANGON, 22 Nov (Agency)- A newly elected MP for Myanmar’s ruling party has been shot dead by an unidentified gunman in northern Shan state and the party on Sunday urged a quick investigation, denouncing political violence in the aftermath of elections this month. Htike Zaw was shot at the shop he ran at his house in the town of Kyaukme on Saturday, said party spokesman Myo Nyunt. The dead man had won a seat in a Nov. 8 general election that brought a landslide victory for the ruling National League for Democracy (NLD).

“He went outside to sell as a customer arrived, and that customer shot him,” Myo Nyunt told Reuters by telephone, adding that the party had asked authorities to investigate as soon as possible. “We denounce violence, especially violence related to politics which is bad for the future,” he said. Local police did not answer phone calls seeking comment. The election was only the second held in Myanmar since the end of half a century of military and military-backed rule in 2011, and Aung San Suu’s NLD won a resounding victory. The party won fewer seats than other parties in some ethnic areas including Shan state, a region ravaged by conflict with insurgents and large-scale drug production. Voting in some constituencies in the state was cancelled before the election, with authorities citing violence. The army-backed Union Solidarity and Development Party has challenged the result of the polls, alleging irregularities from poor-quality ballot boxes to advanced voting problems, and demanded a re-run. The NLD has called for evidence of wrongdoing. The result in Htike Zaw’s constituency, a seat previously held by an ethnic Shan party but won by the NLD in November, is among those being disputed, Myo Nyunt said, without giving further details. The house of an election commission official in Kyaukme was attacked earlier this month.