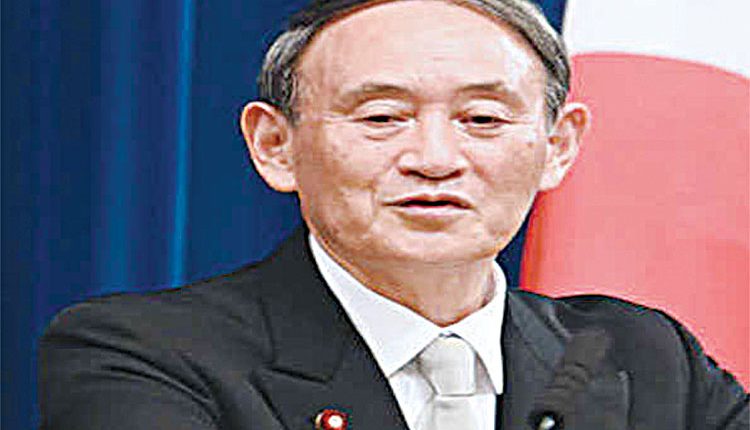 Tokyo, Jan 7 (FN Agency) Japanese Prime Minister Yoshihide Suga on Thursday declared the second state of emergency until February 7 in the Japanese prefectures of Tokyo, Chiba, Kanagawa and Saitama due to a rapid spike in COVID-19 cases registered in the country. On Wednesday, Japan confirmed a new daily record of 6,004 COVID-19 infections registered over the past 24 hours, with 1,591 new cases recorded in Tokyo. Japanese think tanks suggested that the announcement of a state of emergency in the country may result in an up to 0.88 per cent contraction of the economy and the loss of 75,000 jobs.

“It will stay in force from January 8 to February 7 in the prefectures of Saitama, Chiba, in Tokyo and in the prefecture of Kanagawa,” the prime minister said at the meeting of the COVID-19 response headquarters. Under the state of emergency, all bars and restaurants will be obliged to close at 2000 hrs. The country’s government has pledged to allocate compensatory funds to the businesses that will adhere to the restrictions. Japanese entities will have to encourage their employees to work from home, while mass gathering will be limited to 5,000 people.

The previous state of emergency was declared in Japan in early April and was lifted on May 25. On Wednesday, Japan recorded 5,953 new Covid-19 infections — its highest daily caseload and the first time infections have surpassed the 5,000 mark — and 72 deaths. The national total has risen to 259,105, with at least 3,804 fatalities.