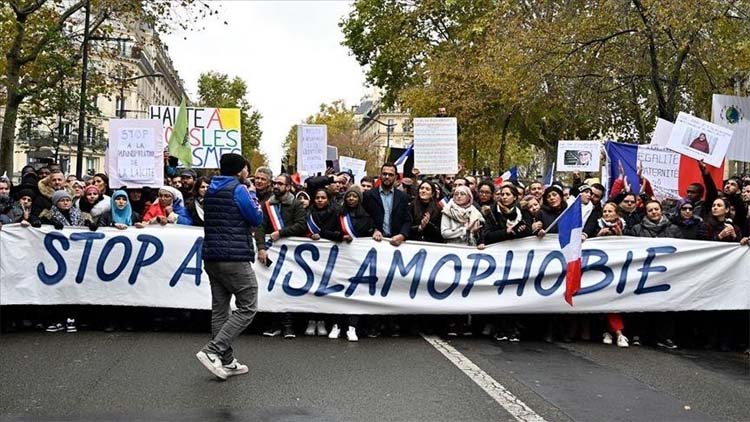 Paris, Dec 10 (Bureau) The French Council of Ministers on Wednesday approved a bill that aims to defend the country’s secular values and fight extremism, Prime Minister Jean Castex said during a press conference. In early October, French President Emmanuel Macron said that authorities would present the draft legislation against extremism in December and called for limiting foreign influence on Islam in France. Macron’s speech was met with criticism in several Muslim countries.

“The Council of Ministers has just endorsed a bill aimed at enhancing adherence to the principles of the republic. With this text, we want to provide ways to help fight and defend. Fight ideological and political campaigns that attack our values, our sovereignty and sometimes turn to criminal actions,” Castex said. The prime minister listed respect for human dignity, freedom of expression, equality for all, children’s rights, and secularism as France’s basic principles. Castex said that secularism guarantees a separation between the private and public spheres of life, thus limiting a religion’s influence on rules in public spaces. According to the prime minister, France’s values have been repeatedly targeted by “treacherous attacks” over the years.

“This text [of the draft law] should allow the state to get new ways of responding to ensure better observance of its values. This bill is not a text against religions or against the Muslim religion in particular. It is, on the contrary, a law of freedom, a law of protection, it is a law of liberation from religious fundamentalism,” Castex said. The prime minister added that the draft law aims to guarantee “respect for republic values” and the free practice of all religions. In particular, Castex said that the new bill targets so-called “clandestine” schools that spread the ideology of radical Islamism.
The bill encourages mosques to register as places of worship, while many currently operate as associations. In addition, the draft law does not forbid foreign funding of mosques, but rather requires the declaration of funding if it exceeds $12,000. Other articles of the bill target polygamy, forced marriages and the practice of providing women with virginity certificates. France saw a wave of national dismay over the growing Islamist threat in October, following a series of terrorist attacks, including the brutal beheading of a French history teacher in the outskirts of Paris at the hand of a radicalized teenager of Chechen origin. Another major assault occurred in the city of Nice when a terrorist of Tunisian origin knife-stabbed three people in a local cathedral.