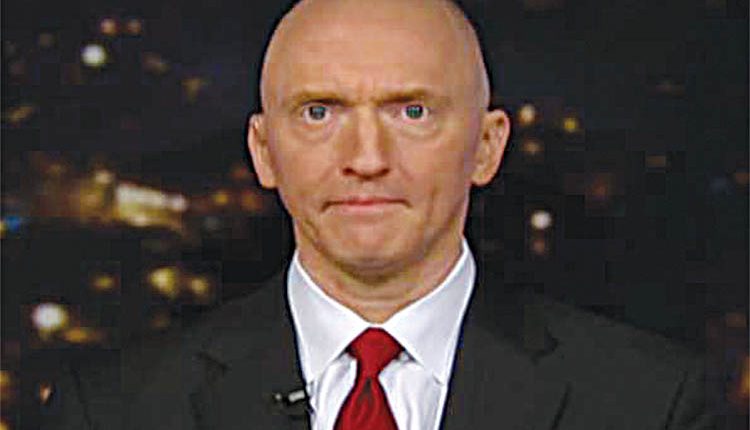 Washington, Nov 29 (Agency) Former foreign policy adviser for Trump’s 2016 campaign, Carter Page, has filed a $75-million lawsuit against the Federal Bureau of Investigation (FBI), as well as the Department of Justice, Axios reports. The lawsuit, filed on Friday, accuses the FBI of violating Page’s constitutional rights through “unlawful spying,” Axios said on Saturday.

The lawsuit also points to violations in the warrant applications by the FBI to electronically survey Page under the Foreign Intelligence Surveillance Act (FISA). A discredited dossier compiled by former British spy Christopher Steel was used to obtain warrants to eavesdrop on Carter Page, an aide in the 2016 campaign of US President Donald Trump. In October, US lawmakers probing the origins of the Trump-Russia investigation demanded an unredacted copy of a 94-page spreadsheet that reportedly detailed unsuccessful FBI attempts to validate the bogus dossier. A heavily redacted version previously made public showed that the FBI had failed to corroborate key information in the dossier yet continued to use it to justify surveillance against Page. The dossier helped trigger former Special Counsel Robert Mueller’s investigation of Democratic allegations that the Trump campaign had colluded with Russia to defeat Democratic candidate Hillary Clinton. The Mueller probe eventually concluded that no collusion had taken place.

Educationist to teachers:Move from chalk & talk to presenting screen online