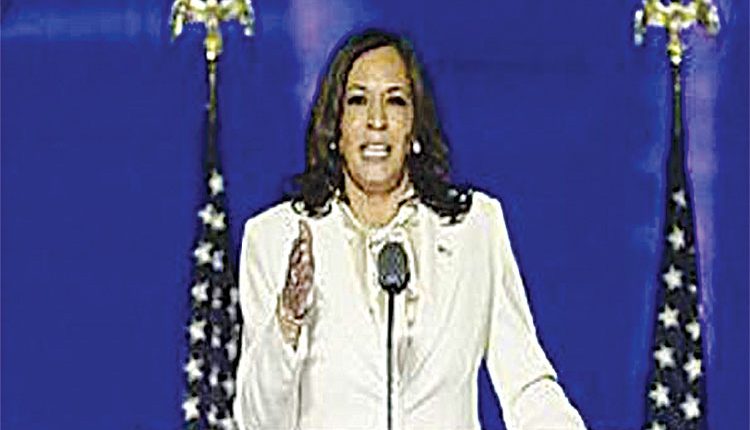 Washington, Jan 21 (Agency) Vice President Kamala Harris on Wednesday swore in three new Democratic senators soon after her own inauguration, officially giving Democrats control of the Senate for the first time since they lost the chamber in the 2014 elections. Earlier this month, Georgia elected two Democrats — the Reverand Raphael Warnock and Jon Ossoff — to the US Senate, giving control of the chamber to the Democrats. Warnock, the senior pastor of Ebenezer Baptist Church in Atlanta, and Ossoff were joined on Wednesday by Harris’ successor, Alex Padilla, the former California secretary of state appointed to the Senate by Democratic Governor Gavin Newsom.

The swearing-in of the three new senators was groundbreaking, as Warnock and Ossoff are respectively the first Black and first Jewish senators representing Georgia, while Padilla is California’s first Latino senator, CNN reported. Ossoff at 33, is also the youngest senator in the chamber, and the youngest Democrat to serve in the Senate since President Joe Biden, who was sworn into the chamber at the age of 30 in 1973. With Warnock, Ossoff and Padilla sworn in, the party breakdown of the Senate is 50-50. Democratic Senator Chuck Schumer became the first New Yorker and first Jewish lawmaker to become Senate majority leader. VP Harris who will also head the Senate will wield power as the Senate’s crucial tie-breaking vote, helping the Biden administration confirm its appointments and giving Democrats the gavels of committees in charge of holding oversight hearings and crafting far-reaching legislation.