Democrats accuse Trump of leaving those at the Capitol ‘for dead’ 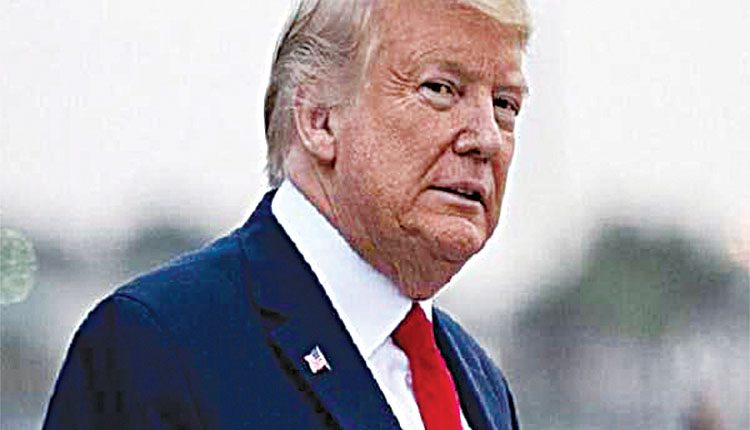 Washington, Feb 11 (FN Agency) Senators in the US watching Donald Trump’s second impeachment trial have been shown new dramatic and graphic videos of the attack by his supporters at the US Capitol last month here on Wednesday. Using the former president’s own words and tweets against him, Democrats prosecuting the case accused Mr Trump of acting as “inciter-in-chief” on the day and its run-up, the BBC reported.

The impeachment managers are methodically piecing together the sequence of violence in the Capitol, using unreleased security footage which shows how close the rioters came to the US lawmakers. Police inside were shown desperately ushering politicians to safety, sometimes within yards of rioters who were breaking their way into the building’s chambers. In frenzied audio, security officials were heard asking for support and telling how crowds were using weapons like bats and tear gas against them. Delegate Stacey Plaskett, while presenting the evidence, argued that the former president had “deliberately encouraged” the violence and “put a target on the backs” of senior figure, including his own Vice-President Mike Pence.

The building was stormed last month on January 6 after thousands gathered in support of false claims that widespread fraud had occurred during the presidential election which had denied a second term for Mr Trump. Five people were killed, including a Capitol police officer, as a mob breached the building where the election result was being certified. Mr Trump’s lawyers will present the case for the defence later this week, but have already argued the trial against him is politically motivated and unconstitutional. A two-thirds majority is required to convict Mr Trump in the evenly split 100-seat Senate, but an acquittal looks likely as the vast majority of Republican senators have remained loyal to him so far.