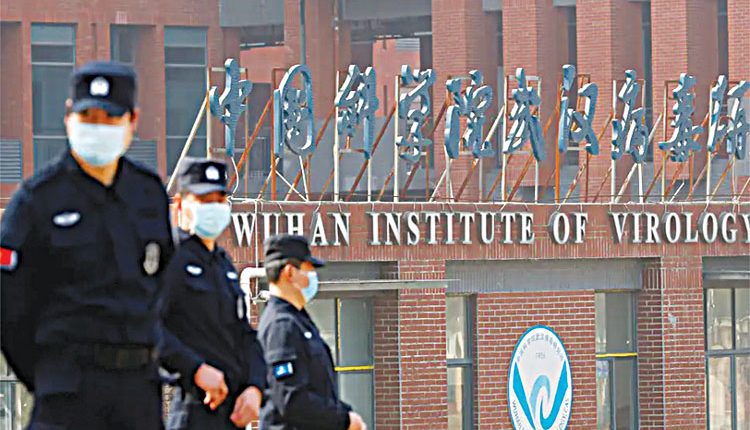 London, May 30 (FN Bureau) UK intelligence agents are investigating a possible leak of the SARS-CoV-2 virus from the Wuhan Institute of Virology in China, The Sunday Times reports. According to the newspaper, British agents now believe the coronavirus leak is “feasible.” The Daily Mail reported on Saturday that UK Professor Angus Dalgleish and Norwegian scientist Birger Sorensen had conducted a study claiming to have proven that the SARS-CoV-2 virus was of laboratory origin.

The study alleges that Chinese scientists developed SARS-CoV-2 in a Wuhan laboratory, after which they made attempts of “deliberate destruction, concealment or contamination of data” to make the virus appear natural, transmitted from bats. Beijing has repeatedly denied such accusations. In January, international experts traveled to Wuhan where they examined a laboratory, hospitals and markets for clues on the origins of SARS-CoV-2, the virus that causes COVID-19. The expert mission of the World Health Organization (WHO) then compiled a report, saying that a leak of the new coronavirus from a laboratory in Wuhan was very unlikely. The report, released in March, said that the new virus was most likely transmitted to humans from bats through an intermediary host.

After the publication, WHO chief Tedros Adhanom Ghebreyesus said that China had withheld data from international experts during their visit to the Chinese city of Wuhan where SARS-CoV-2 is believed to have started circulating in November 2019. The United States and 13 other nations have jointly expressed their concerns over the WHO report saying that it was late in coming and failed to include complete data and samples. Earlier this week, US President Joe Biden ordered the intelligence community to redouble efforts to investigate the origins of the new coronavirus and to report their findings to him within 90 days.