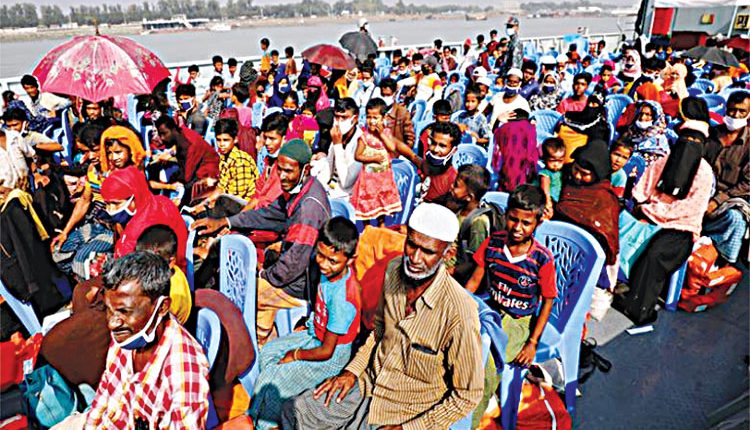 Dhaka, Jan 18 (Agency) Foreign Minister of Bangladesh Dr. A.K Abdul Momen has called for making films depicting the plights of Rohingyas, who being persecuted in Myanmar, have been forced to take shelter in Bangladesh. He came up with the remarks while addressing the 19th Dhaka International Film Festival as the chief guest. The Film Festival was organized by the Rainbow Film Society. Vikram K Doraiswami, Indian High Commissioner to Bangladesh, was special guest at the programme held at National Museum here on Saturday. The minister said: “The festival is a flagship event in the domain of films and film appreciation in the context of Bangladesh and I am happy to see that it is slowly but gradually becoming a high platform for projecting the Bangladeshi understanding of the evolution of the film-space all over the world”.

It is especially heartening to see that the festival is dedicated to the Birth Centenary of Father of the Nation Bangabandhu Sheikh Mujibur Rahman. It is coming up at a cusp of time when we are crossing over from within the ‘MujibBorsho’ to the Golden Jubilee of our Independence, he added. The theme of this year’s festival is ‘Better Film, Better Audience and Better Society’. A total of 226 films will be screened with participation from around 73 countries during the festival, which will continue till January 24. In his speech, Dr. Momen said, “We know, “Our sweetest songs are those that tell of saddest thought,” (by PB Shelley). May I challenge you with the task of making films patronizing the saddest stories of the Rohingya, an ethnic minority that are the victims of hatred and enmity in a land of Buddhism that believe in Ohinsho and Nirvana, self purification where hatred and killing is unthinkable and against his teaching”. The Foreign Minister paid his heartiest congratulation to the organizers for regularly hosting this international film festival in Dhaka. “The festival would, I hope, provide a boost for our film industry, and inspire all the participating artists to produce even better films in the future”.

The Prime Minister said this while addressing the handing-over ceremony virtually of the National Film Award-2019, the highest recognition to the contribution of artistes in Bangladeshi films from her official residence Ganabhaban here. The Ministry of Information organized the function at the Bangabandhu International Conference Centre (BICC) here. The premier urged the concerned people to make films on the Liberation War alongside the local culture and other events, saying, “We are a brave nation.