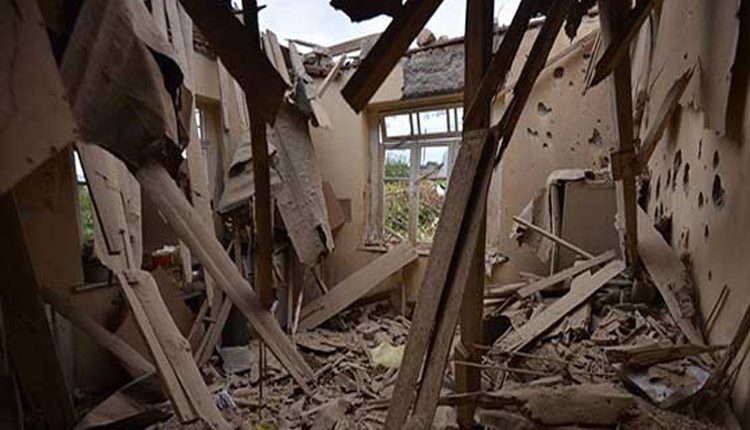 MARTUNI, Nov 22 (Agency) About 80 percent of buildings in the town of Martuni in the unrecognized Republic of Nagorno-Karabakh has been damaged as a result of shelling during the recent hostilities in the region, the town’s mayor, Edik Avanesyan, said on Sunday. “The town was severely damaged, there is a lot of destruction, about 70-80 percent of the town was destroyed. Kindergartens, houses and schools are damaged,” Avanesyan told reporters. The mayor also said that eight more settlements in the Martuni region suffered from shelling.

“About 1,000 [residents] have already returned to the town, before the war, there were 6,200 [people]. At the time of the active phase of the war, about 400 people remained in the town,” the official added. A fresh escalation of the long-lasting Nagorno-Karabakh conflict, which dates back to 1988, reignited on September 27, with Yerevan and Baku accusing each other of starting the military action. The three internationally-brokered ceasefires collapsed right after entering into force. Last week, the leaders of Armenia, Azerbaijan and Russia signed a joint declaration that put an end to the six-week conflict in the disputed region. The peace deal envisioned a ceasefire, prisoner swap and deployment of Russian peacekeepers.