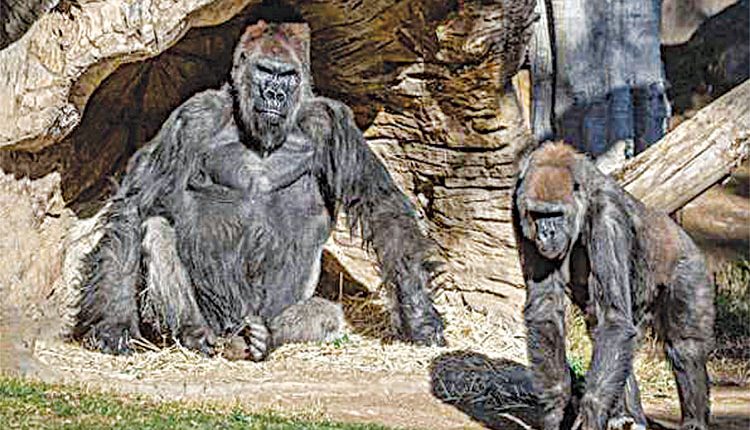 California, Mar 5 (Agency) Nine great apes from a zoo in the US city of San Diego have become the first non-human primates in the world to be inoculated against the coronavirus, local media reported, citing zoo officials. According to the San Diego Union-Tribune daily newspaper, four orangutans and five bonobos have been inoculated with an experimental vaccine. Three more bonobos and a gorilla are the next in line for vaccination.

The San Diego Zoo reported in January that eight of its gorillas had contracted COVID-19 following contact with a coronavirus-positive keeper who had no symptoms and wore protective equipment. “That made us realize that our other apes were at risk. We wanted to do our best to protect them from this virus because we don’t really know how it’s going to impact them,” Nadine Lamberski, the chief wildlife health officer for the San Diego Zoo, told the newspaper. The apes received two doses of a coronavirus vaccine, developed by animal health company Zoetis, at an interval of three weeks. The vaccine, which is not authorized for humans, was previously tested on minks, cats and dogs. The company had around 27 doses to spare, and the zoo decided to use them on apes, “calculating that the dangers … were outweighed by the risk of the animals contracting COVID-19,” Lamberski explained.

Lamberski said that most of the animals had no visible side effect. However, just one or two of the great apes rubbed their head or the area of injection after receiving the vaccine. An orangutan and a bonobo had their blood samples taken after inoculation, so that scientists could measure antibodies.

China spent over $61.7bln on fight against COVID-19 last year