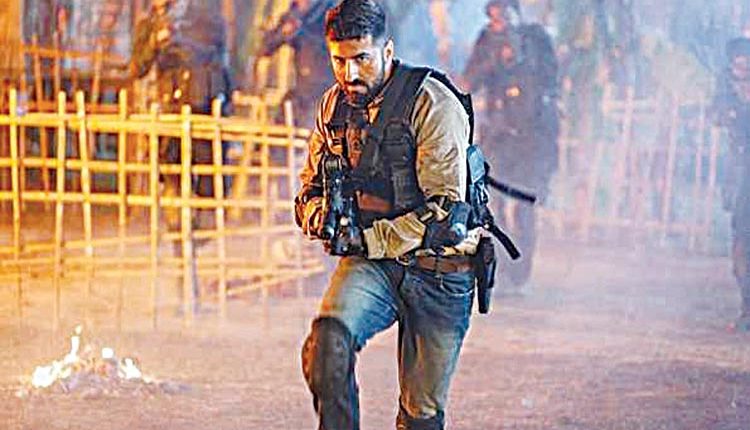 New Delhi, Sep 29 (Representative) Sony MAX is all set to enthral cinephiles this festive season, with the premiere of the high-octane action thriller, ‘Anek’, on September 30. Rifling through the strife-torn territories of North-East India, the film showcases the journey of an undercover cop tasked with facilitating peace amidst political turmoil between the government and the largest militant group of the region. The film is helmed by the renowned director Anubhav Sinha and features Ayushmann Khurrana in the titular role alongside Andrea Kevichusa who makes her debut, and seasoned actors Manoj Pahwa and Kumud Mishra.’ Anek’ is set upon an under cover police officer Joshua (Ayushmann) who embarks on a new adventure as he unfolds the grim reality and turbulence in the North-Eastern part of India while attempting to accelerate a Peace Accord with a ruthless militant and his companions.

During the course of the mission, Joshua befriends Aido, (Andrea) an aspiring boxer who desires to represent her people by winning a gold medal for the country. What follows is a gripping tale of personal & professional conflict as Joshua attempts to rise above the divide and unite the country. Speaking on the same, Ayushmann said, “As an actor, I always attempt to challenge myself with unconventional roles that require me to push beyond barriers and explore a new horizon. It’s truly rare to come across a film that is artistic and conveys a message of unity. Anek is one such movie with strong emotions and I am looking forward to its television premiere on Sony MAX as I believe the movie must be taken to a larger audience.” Watch ‘Anek’ on Sony MAX, on September 30 at 9 PM.