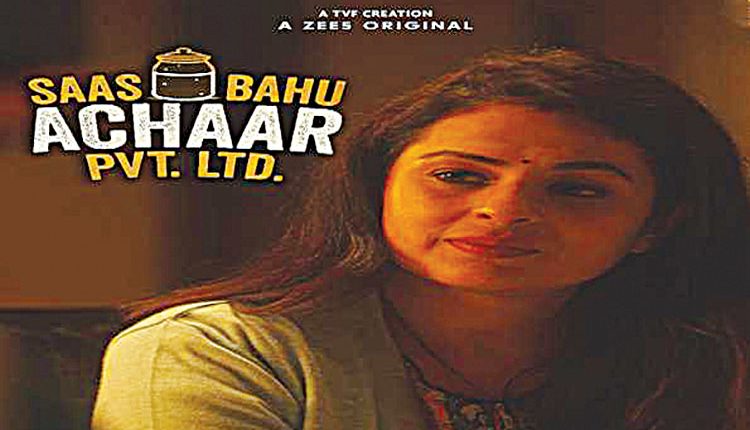 New Delhi, July 6 (Agency) Anjana Sukhani is one of the biggest household names in the country. She has earned a wide fanbase owing to her ‘natural’ portrayal of characters. This time, Anjana is all set to impress the audience as an ideal ‘bahu’ in her upcoming web series, ‘Saas Bahu Aur Achaar Pvt Ltd’ that will be released on Zee5. Anjana will be seen playing the character of ‘Manisha,’ who is ‘the perfect bahu’. “When I first read the script, I found Manisha’s character too good to be true!

I called up my director and actually questioned him, do people like Manisha really exist? It was definitely challenging to ensure that the character doesn’t comes across as fake. There’s a thin line between fiction and fake, and I was very conscious about not crossing that line. I keenly observed every take to ensure the portrayal looks ‘real’,” she said in a statement. Created by ‘The Viral Fever’, it will be released on July 8th.