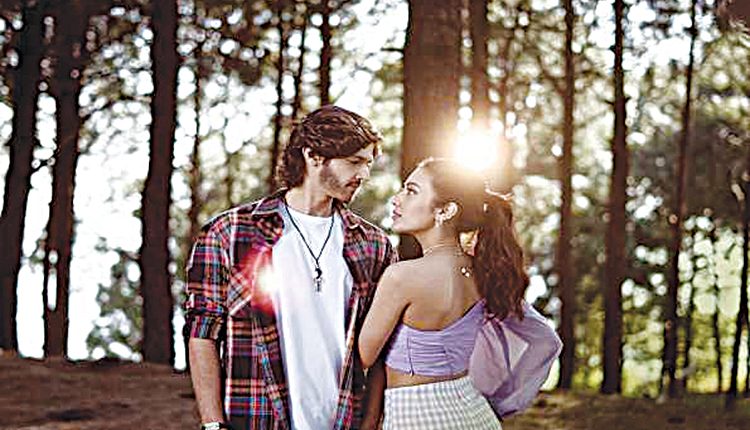 New Delhi, July 5 (FN Agency) With the audiences showering love for B-Town actress Sahher Bambba and TV star Rohan Mehra coming together, it’s now time to witness their chemistry in ‘Aadi Aadi’ as the song released on Tuesday.“Sung by Dhvani Bhanushali and composer – rapper – lyricist Mellow D, the video directed by Stanley Menino D’Costa is shot at some undiscovered locations from Dehradun and Dhanaulti (Uttarakhand),” the makers said in a statement.Sahher said in a statement, “Love songs are one of my favorite genres of music, and when I heard ‘Aadi Aadi’, there was a feeling of warmth and coziness that I felt. We shot in some beautiful locations and it was so easy going working with Rohan and Stanley.”Rohan said, “From the moment I heard the scratch of the song, the song became a part of my playlist. We had a blast shooting for the song in those lovely locations and I hope the audiences love Sahher and my camaraderie in the video.”Vinod Bhanushali said, “There are very few Indian tracks with a commercial house vibe to it, especially love songs.

Aadi Aadi is one such track that is easy listening and yet something you can groove to.”Dhvani Bhanushali said, “I loved the music, the vibe of ‘Aadi Aadi’ and joining Mellow in this track is definitely a collaboration I had fun being a part of. Sahher and Rohan’s chemistry and Stanley’s video concept and direction brought out the emotions behind the song beautifully.”Mellow D commented, “For me, Dhvani was apt for Aadi Aadi. She brought peppiness to the lyrics and matched the beats of my composition effortlessly. I just wish the love we have tried to bring through the song touches the heart of our audience.”Director Stanley said, “When you think of artists like Dhvani Bhanushali and Mellow D you immediately think of something young, fun and vibrant and that’s how we envisioned ‘Aadi Aadi’. The chemistry between Sahher and Rohan is something audiences should watch out for.”‘Aadi Aadi’ is out now on Hitz Music’s YouTube channel.