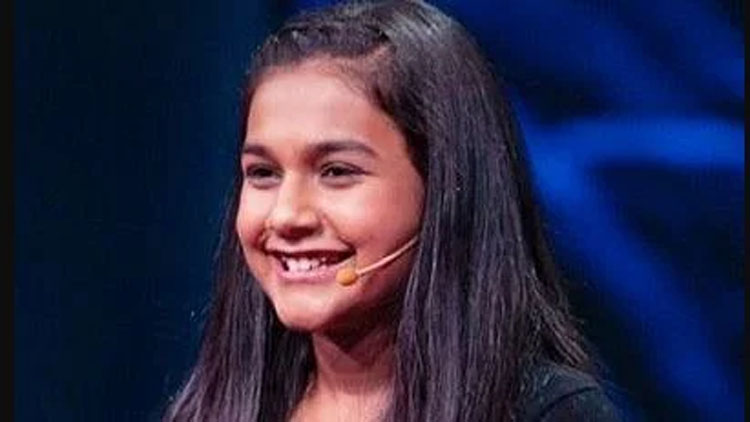 New Delhi, Dec 4 (Agency) Indian American teenage scientist Gitanjali Rao, who has invented a mobile device to test for lead in drinking water, has been named Time magazine’s first-ever Kid of the Year. She has been chosen from more than 5,000 US nominees for the landmark title for her ability to apply scientific ideas to real-world problems — and her desire to motivate other kids to take up their own causes. Rao, 15, who has also invented an app that detects cyberbullying, hopes to inspire others to come up with ideas to “solve the world’s problems. “My goal has really shifted not only from creating my own devices to solve the world’s problems, but inspiring others to do the same as well. Because, from personal experience, it’s not easy when you don’t see anyone else like you. “If I can do it, you can do it, and anyone can do it,” Rao said in an interview for Time magazine with actor Angelina Jolie. Rao said she does not look like ” your typical scientist.”

“Everything I see on TV is that it’s an older, usually white man as a scientist,” she said. Rao said there are many issues that need to be solved. “Our generation is facing so many problems that we’ve never seen before. But then at the same time we’re facing old problems that still exist,” she told Time. “Like, we’re sitting here in the middle of a new global pandemic, and we’re also like still facing human-rights issues. There are problems that we did not create but that we now have to solve, like climate change and cyberbullying with the introduction of technology.” The Time award is just the latest accolade for Rao. She was earlier named “America’s top young scientist” for inventing a quick, low-cost test to detect lead-contaminated water. Time said the new Kid of the Year title was a “barometer for the rising leaders of America’s youngest generation”.

Waqf Boards to be set up in Jammu & Kashmir, Ladakh for first time: Mukhtar Abbas Naqvi