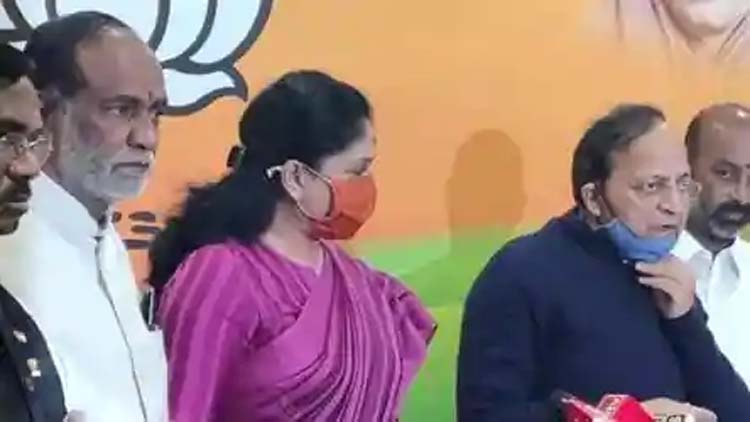 Hyderabad, Dec 7(UNI) Film actress-turned-politician Vijayashanti joined the Bharatiya Janata Party in the presence of the BJP national chief secretary Arun Singh in Delhi on Monday. Mr Sigh welcomed Vijayashanti, who resigned from the Congress two days ago, into BJP by draping a shawl. in the presence of union minister of state for home G Kishan Reddy and BJP BC cell chief K Laxman, among others. She was the chairman of the Congress campaign committee before she decided to join the BJP.

The actress made her debut in politics by joining the BJP in 1998 but quit the party and floated her political outfit called Talli Telangana when the separate Telangana movement reached the peak. Later, she merged her party with the Telangana Rashtra Samithi which was spearheading the movement but subsequently, she resigned from the TRS and joined the Congress.