‘Aatish The Weapon’, ‘Naach Lucky Naach’ to premiere on Zee Cinema in Dec 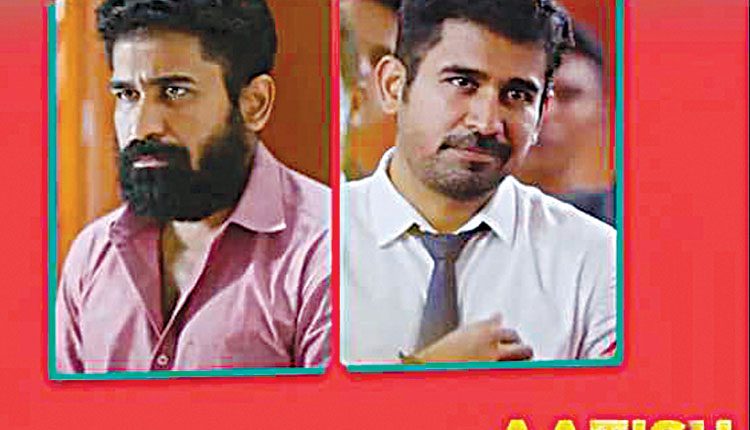 New Delhi, Dec 17 (Agency) When you think entertainment – you think drama, dance, action, and unlimited energy and Zee Cinema is making this December entertainment-packed as they bring to screen two riveting Zee Cinema Premieres – Aatish The Weapon and Naach Lucky Naach. The high-octane action drama, Aatish The Weapon will premiere on 18th December at 8pm. This movie has Vijay Antony in a double role, making it a top-notch action entertainer! In the same weekend, Zee Cinema audience will witness the magic of the dancing legend Prabhu Deva with the premiere of Naach Lucky Naach on 20 th December at 5pm. Starring Ditya Bhande and Salman Yusuff Khan of Dance India Dance fame along with Prabhu Deva, the movie takes us into the ambitious little world of Lucky whose passion for dance speaks louder than words.

It takes one act of cruelty to turn someone’s life upside down. Aatish The Weapon traces the journey of twins with absolutely distinct personalities, Anand and Divakar, played by Vijay Antony. Divakar’s life takes a dark turn when someone’s malefic intentions lead him to become the most feared Don. This action drama is directed by G. Srinivasan, with Vijay Antony playing a dual role, along with Diana Champika in a pivotal role. The film will be showcased on 18th December at 8 PM. Talking about the film, Vijay Antony said this film is really close to his heart and is something that he thoroughly enjoyed working on. “It has drama, it has action and a strong storyline. I have a dual role in the film and it was truly an exciting experience to play absolutely distinct roles in the same movie. I am more than excited to be sharing this film with the audiences of Zee Cinema”, he said. Naach Lucky Naach is a story about Lucky’s journey to her dream to win the National Dance competition while she’s born in a house where her mother isn’t in support of her passion. Juggling between her mother’s and her own dreams, Lucky meets Krishna who motivates and takes her closer to achieving her dreams. Directed by A. L. Vijay, starring Ditya Bhande as Lucky and the legendary Prabhudeva as Krishna along with Salman Yusuff Khan and Aishwarya Rajesh in pivotal roles, Naach Lucky Naach is an entertaining dance drama which makes you wonder – will Lucky fulfil her dream? Find out in its Zee Cinema Premiere on December 20 at 5 PM.

“Dance bas been more than a passion since I can remember. I remember dancing to Muqabla and copying Prabhudeva’s steps and performing as a kid and getting to share the screen with my idol was an overwhelming experience. Naach Lucky Naach is a story for every braveheart out there who dares to dream. It’s filled with Entertainment, fun, emotions and lots of great dance moves. So, get ready to get inspired and don’t miss its premiere on 20th December at 5pm only on Zee Cinema”, actor Khan said.

Accolades galore for ‘Black Sand’, honored with 12 national and…