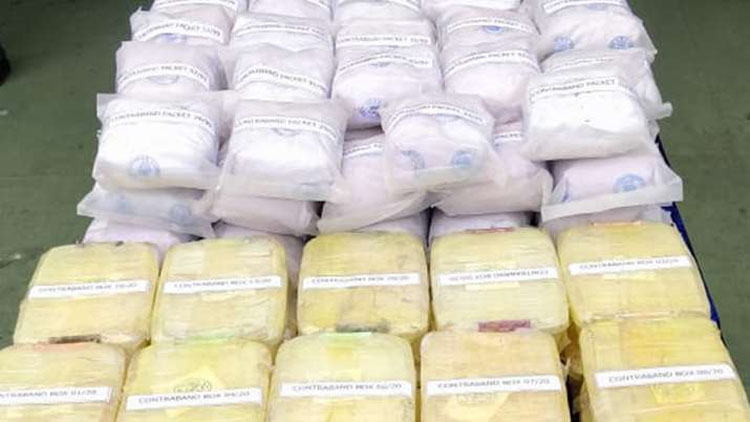 Chennai, Jan 22 (Agency) In a major operation, officials of the Narcotics Control Bureau (NCB), Chennai Zonal Unit, on Friday busted a multi-national heroin syndicate with the arrest of two Sri Lankan nationals in the city. NCB Zonal Director A Bruno said the two Lankan nationals were key players in the multinational crime syndicate and sharing of intelligence with the Lankan authorities led to the seizure of 100 kg of heroin. He said the syndicate, having tentacles in Pakistan, Afganistan, Iran, Sri Lanka, Maldives and Australia, involved in the trafficking were also busted. With the arrest of the two Sri Lankan Tamils, who were living in Chennai by concealing their real identities, the NCB has successfully managed to curtail the efforts of a transnational drug trafficking network with its roots deep in countries like Pakistan, Iran, Sri Lanka and Maldives.