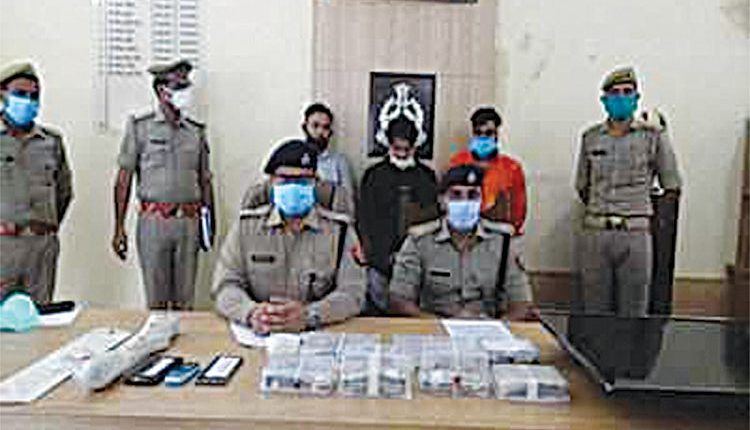 Bengaluru, Jan 31 (Agency) Police have arrested three people, including a Bank Branch Manager, a peon and two of their associates, who allegedly stole Rs 1 crore from the Bank. Police said they have recovered Rs 60 lakh from the arrested. Manager Arun Veermalla, a Rajarajeshwarinagar resident and a native of Telangana; peon Ramakrishna, loan agent Basavaraju and Arun’s friend Imtiyaz. Police said that Arun Veermalla, Bank of Baroda’s RR Nagar Branch Manager, went to the Bank’s chest on Siddaiah Road and took Rs 1 crore for the bank’s transaction.

He left in a hurry without depositing the money. In the evening, he called the Manager of another branch and asked her to raise a receipt to show that he was depositing Rs 1 crore to that branch. Finding this odd, she called up the Regional Manager, Ritesh Kumar. The Regional Manager filed a complaint naming Veermalla as a suspect.