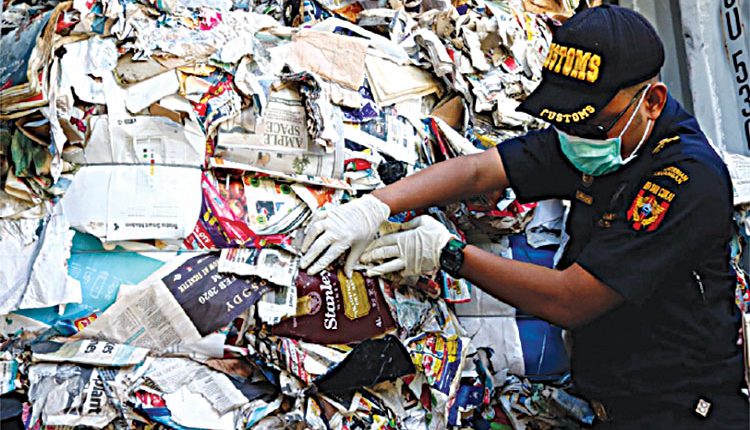 Aurangabad, Feb 7 (Agency) The Aurangabad Municipal Corporation’s (AMC) Solid Waste Management Cell on Saturday seized banned 2190 kg plastic worth Rs 4.5 lakh, which was loaded in a pick-up van. According to head of AMC Solid Waste Management Cell Nandakumar Bhobe, this is the first case registered against banned plastics, in which action has been initiated against manufacturers, wholesalers and stockists. Van driver Rameshwar Khajekar was transporting a plastic bag in the vehicle.

After inquiring about the goods in the car by the squad, he said that he did not know anything. The department seized 66 plastic bags from the vehicle, carrying about 2190 kg banned plastic. A case has been registered against the accused in Begampura police station. As per the Government notification dated June 30, 2020, it has been announced to take punitive and legal action against the banned manufacturers, users, stockists as well as the traders and citizens, who transport it.