One person arrested and Rs 30 lakhs worth smuggled gold seized 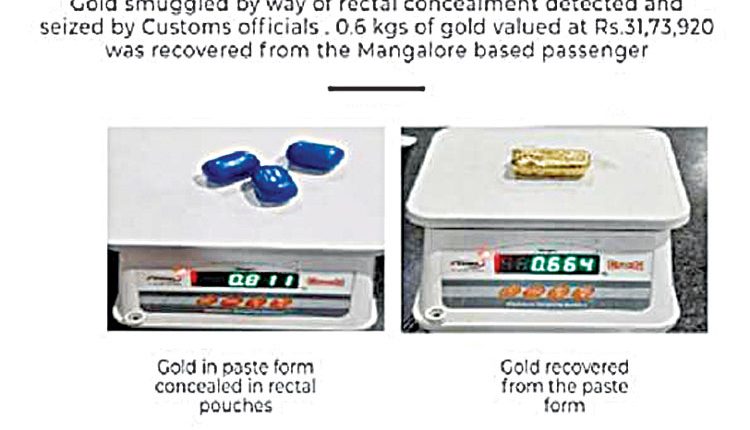 Mangaluru, Feb 7 (FN Agency) Custom officials at the Mangaluru International Airport on Saturday nabbed a smuggler and seized from him Rs 32 lakh worth gold. The accused has been identified as Mohammed Arshad, a resident of Bengre Kasaba. According to reports, the accused arrived on an Air India flight from Dubai. The gold weighing 664 grams worth Rs 31,73,920 was seized from him during the customs check after arriving at the airport. The officials said the gold was being smuggled mixed with gum and in powder form.